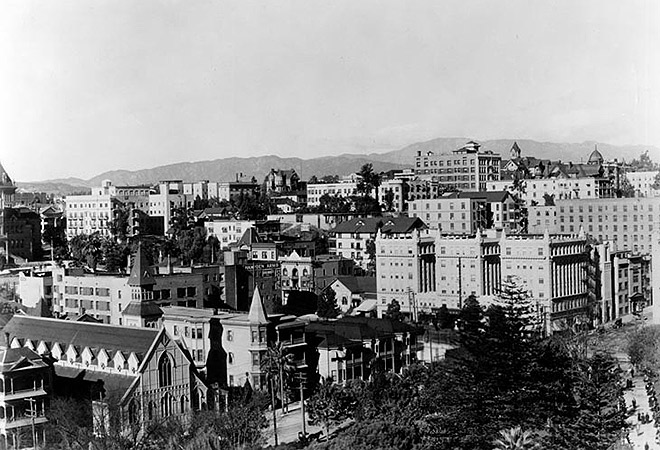 This week, Kim and Richard jabber with historian Jim Dawson, whose new book Los Angeles’s Bunker Hill: Pulp Fiction’s Mean Streets and Film Noir’s Ground Zero tells the story of Bunker Hill’s rich cinematic past. “Because film noir told the story of the underbelly of America, it needed a place that was down on its heels but atmospheric,” he says. “Bunker Hill was perfect.”

In this exclusive clip, the duo also talk with Navajo photographer Pamela J. Peters, who is currently tackling the relocation of Native Americans to mid-century DTLA in her latest project. “(The photos) are paying tribute to the first generation of Indians who came out here in the relocation era of the late 1950s,” she says. What’s more, Peters was inspired by Kent McKenzie’s 1961 film The Exiles, which is reflected in each photo. Listen on to learn more…