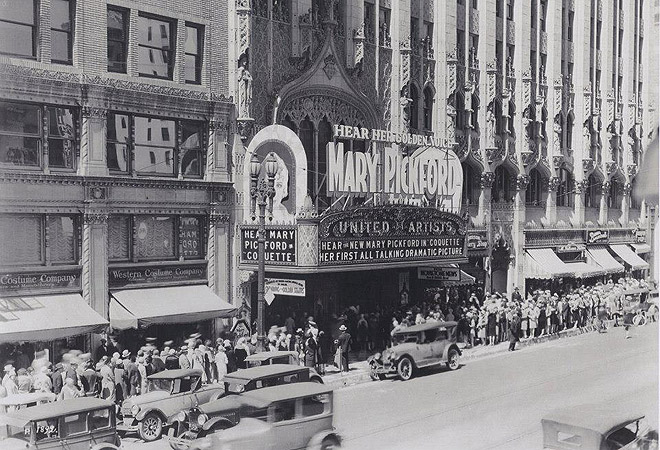 This week, Richard and Kim talk about the Chinese Theatre’s ongoing interior renovation, plans for a private museum in the Scottish Rite Masonic Temple on Wilshire Boulevard, and a long-lost Raymond Chandler Bay City location that was recently found. The pair also speak to Donald Spivack, former Deputy Chief of Operations and Policy for the Los Angeles Community Redevelopment Agency (CRA/LA) and Paul Rood, Professor of Political Science at Biola University.

In this exclusive clip, Spivack discusses why he thinks the future Ace Hotel (above) is the most important building in the Broadway district. Additionally, Rood describes Union Oil man Lyman Stewart as a passionate Christian who wrote love letters to his wife and donated to charities anonymously so often that now no one remembers his name.