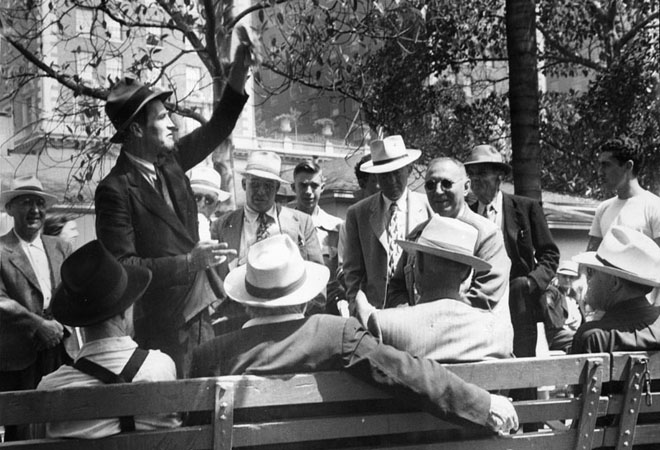 This week, Richard and Kim go to the Criminalistics Department at Cal State to discuss how the study of micro RNA can help investigators identify murderers when they leave microscopic evidence at the scene of the crime. Across campus, Richard and Kim meet with history professor Mark Wild, who informs them of public debates and speeches about politics and entertainment made in the late 20th century (called “street speaking”), which precluded radio and television.

In this exclusive clip, Wild describes how communists used the public platform of “street speaking” to stir up violent reactions from police, demonstrating “injustice” in America. In one instance, protesters in Pershing Square were so rambunctious that authorities had to use tear gas. To the communists’ joy, the fumes spread into local buildings, and the Biltmore Hotel had to be evacuated.

CityDig: Angelenos Have Been Complaining About Pershing Square Since the Dawn of Time