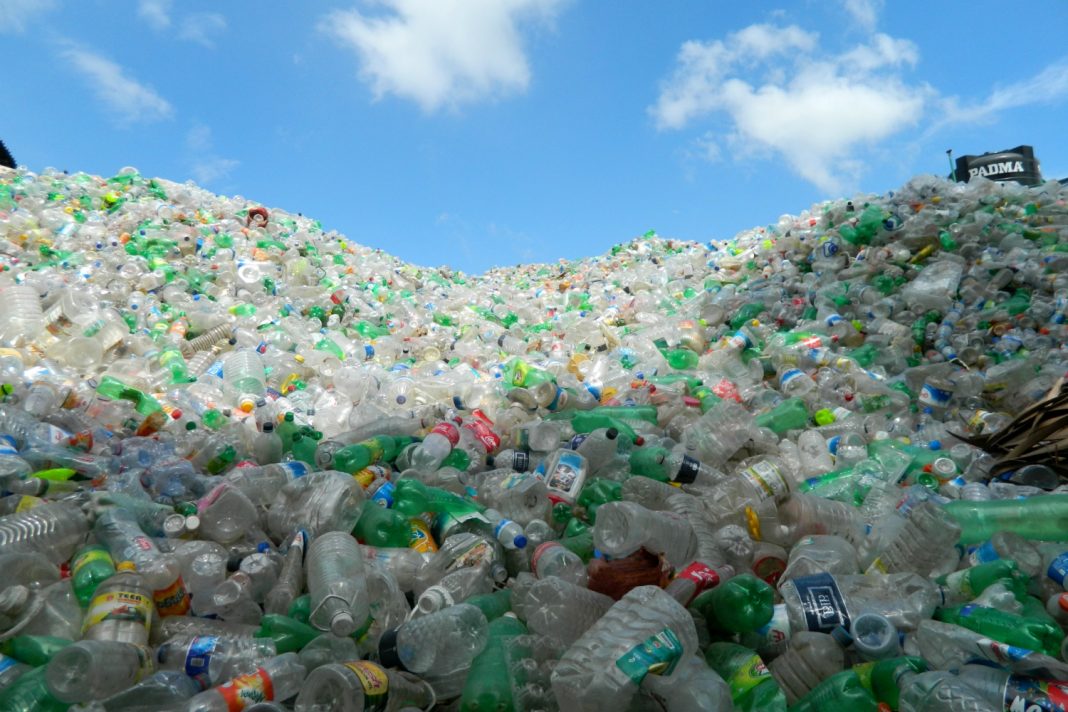 In a few years, Angelenos could find themselves driving down streets made of their own recycled plastic bags and bottles. Working with a company called TechniSoil, the City of Los Angeles has been testing out a new method for paving roads using repurposed plastic as a binder. The first pilot site of the project, which will be located on First Street at Grand Avenue downtown, is set to be constructed later this year.

According to Keith Mozee, assistant director at the Department of Street Services, the plastic asphalt is made by converting pellets of plastic into an oil that is mixed in with materials during the normal paving process. Aside from cutting down on production emissions, material costs, and time (the roads can be car-ready in as little as 12 hours), Mozee says tests have found plastic streets to be six to seven times stronger than those made with traditional asphalt.

“We’re looking at a potential 25 percent reduction in our production cost,” says Mozee. “And if it is successful, it will cut down on our maintenance costs as well, because we’ll have to go back fewer times to pave the street.”

Paving with repurposed plastic could also be a way to help alleviate L.A.’s growing recycling crisis, which has worsened since China imposed a strict ban on certain imported scrap materials in 2017. With no place to sell their waste, area sorting plants have been struggling to make ends meet—three recycling centers and two materials recovery facilities in the county shuttered in 2018 alone. Today, most of L.A.’s recycled materials ultimately wind up in landfills.

Mozee says he doesn’t have an estimate of how much plastic could be diverted from the city’s waste stream for street construction, but he is hoping to learn more as the pilot street takes shape. “That’s something that we’ll be able to quantify based on our needs, how much we produce, and how much we pave with,” he says.

Recycled plastic roads have started cropping up in cities around the world in recent years, though the process has yet been utilized on a large scale in the United States. The practice is perhaps most common in India, where plastic has been used to fill potholes since the turn of the century. In 2015, the Indian government made it the default mode of construction for most city streets, and as of 2017 the country had used plastic asphalt to pave an estimated 100,000 kilometers of roads.

As the technology has become more ubiquitous worldwide, some environmentalists have expressed concerns that reintroducing plastics into the environment could lead to harmful chemicals being leached into the soil, or to the spread of microplastics—tiny particles of broken-down plastic that make their way into the ecosystem. Mozee says studying these issues has been part of the city’s research process, and there is no cause for concern. “There’s no issue with contamination or leaching,” he says. “We’ve been doing testing on that exactly for that.”

TechniSoil, the Silicon Valley and Saudi Arabia-based company that the city is working with on the project, has expressed interest in relocating to Los Angeles. If the downtown pilot is successful, officials will look into incorporating plastic asphalt into L.A.’s regular road paving program. “This is an exciting technology and a sustainable technology,” says Mozee. “And it’s something that we believe going forward could be game changing if we deploy on a large scale.”

RELATED: Turns Out E-Scooters Aren’t as Eco-Friendly as Everyone Thought

Single-Use Plastic Is a Big Pandemic Problem. Environmentalists and Local Leaders Have a Plan

The Pandemic Is Making L.A.’s Recycling Problem Much, Much Worse