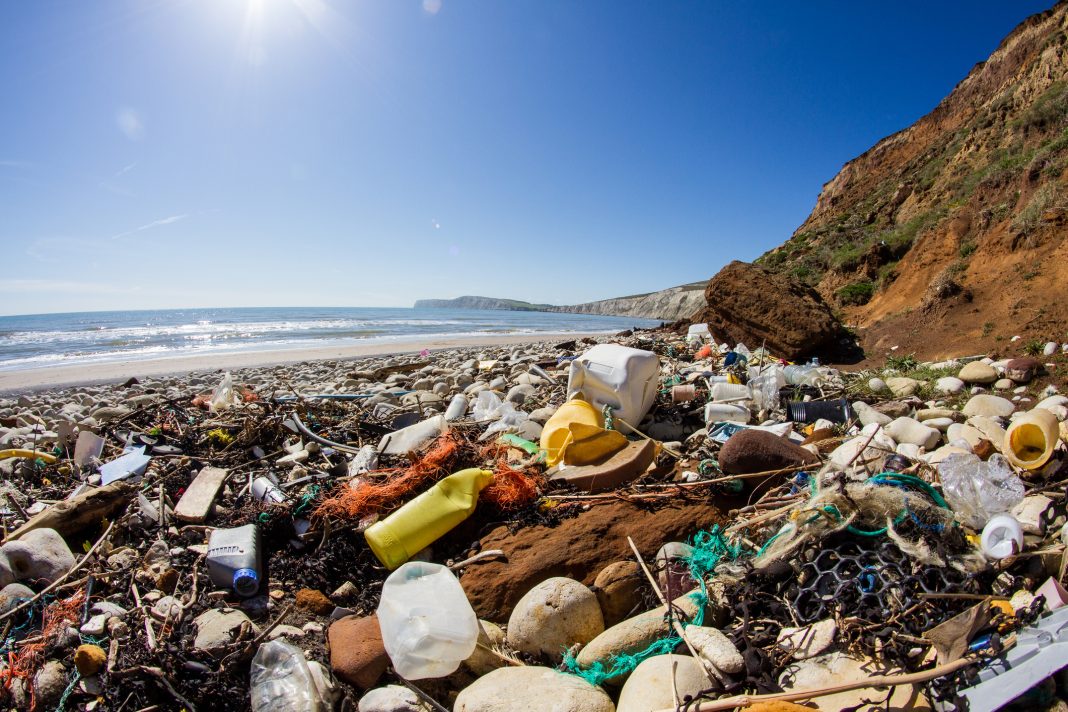 Over the weekend, thousands of volunteers came together for the 34th annual California Coastal Cleanup Day, picking up hundreds of thousands of pounds of trash from beaches up and down the state. One group used the occasion to host an event in Santa Monica that asked a broader question: What if something could be done to reduce the creation of trash, particularly harmful plastic, before it ended up on beaches at all?

“Every year, thousands of people get together to clean up the waste that washes onto beaches around the world, but more plastic always reappears,” said Stiv Wilson of the sustainability non-profit Story of Stuff Project. “To break the cycle of plastic pollution, we need to do things differently. This year, we’re not just cleaning up trash, we’re collecting data that will illuminate the most problematic brands in the environment and help us bring accountability to the companies that bear ultimate responsible for the plastic pollution crisis.”

Story of Stuff Project held what it calls “brand audits” in Santa Monica and other coastal cities around the world as part of the #BreakFreeFromPlastic action campaign. When volunteers fanned out across the sand in Santa Monica, they didn’t simply collect plastic trash, they also logged what they were gathering.

The data collected from the audits is going back to Story of Stuff’s research team to crunch for a report that will be released in early October. The goal will be to identify which product categories and individual manufacturers are responsible for the largest share of plastic trash that ultimately ends up on beaches. With that report in hand, the org and their partners, which include Greenpeace and the Surfrider Foundation, will launch an awareness campaign aimed at helping companies cut back on their production of items that end up as pollution.

“Corporations cannot greenwash their role out of the plastic pollution crisis and put the blame on people, all the time,” Von Hernandez, a global coordinator with the #BreakFreeFromPlastic campaign wrote in a statement, responding to critics who might suggest pollution is the fault of litterbugs who discard plastic on the beach, rather than the companies that sold the products. “Our brand audits make it clear which companies are primarily responsible for the proliferation of throwaway plastic waste that’s defiling nature and killing our oceans.”

RELATED: Is This the End of Venice Beach as We Know It?

Single-Use Plastic Is a Big Pandemic Problem. Environmentalists and Local Leaders Have a Plan