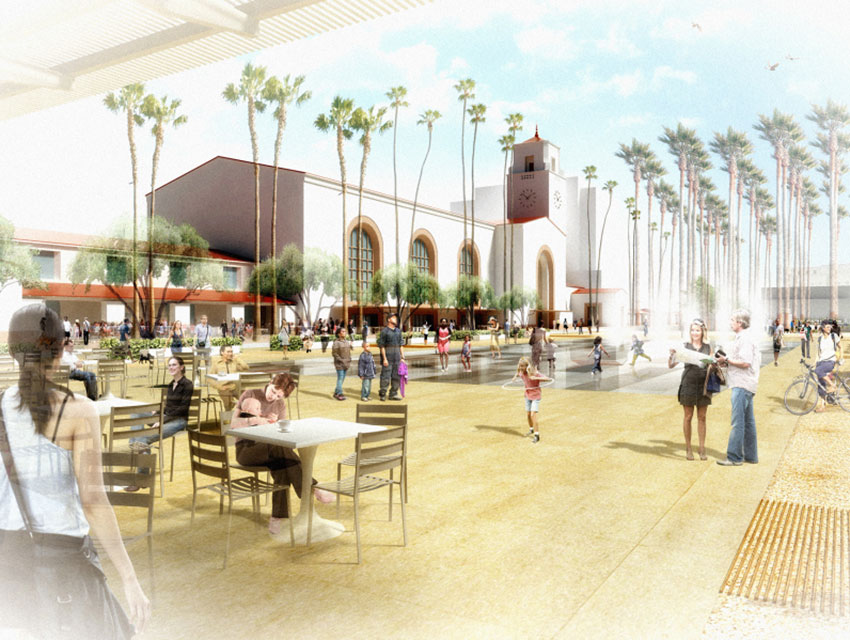 An overhaul of Union Station is officially in motion! The Metro Board of Directors voted yesterday to move the Union Station Master Plan into the “implementation stage,” green-lighting an environmental review process and making it possible for Metro to begin seeking the funding it needs to develop the 75-year-old transit center’s perimeter, per Metro’s blog, The Source.

For those unfamiliar, the Master Plan—which Metro drafted with help from L.A.’s Gruen Associates and London’s Grimshaw Architects—includes updates both minor (new streetscaping) and monumental (a new plaza overlooking the station’s historic patios, an expanded concourse, a relocated bus terminal, a new, raised rail yard, and a bike hub complete with a cycling shop and repair services expected to open in 2017). The environmental review is reportedly expected to take about a year, but visitors shouldn’t be put out while developments unfold: The station is busier and more beautiful than ever.