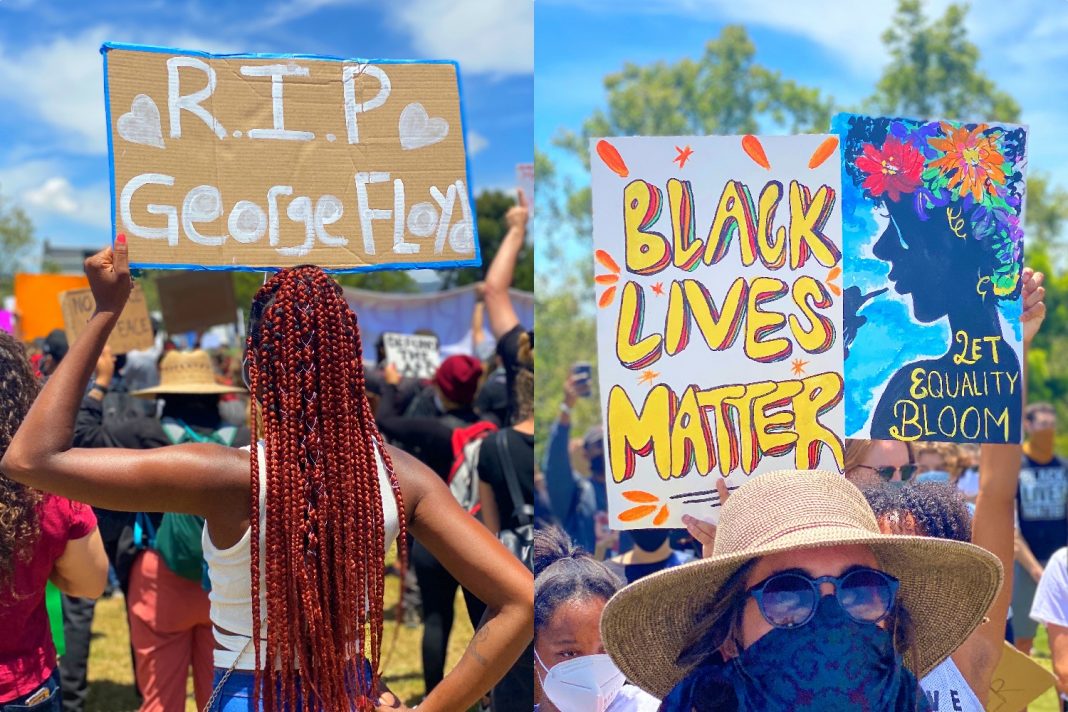 By now we’ve all seen images of cop cars vandalized and burning near the intersection of Fairfax and 3rd Street as tensions between protesters and police reached a fever pitch, a situation that continued well into Saturday night as a curfew was imposed and the National Guard was called in by Mayor Eric Garcetti, and a state of emergency was declared by Governor Gavin Newsom.

Earlier in the day on Saturday, Black Lives Matter protesters gathered in Pan-Pacific Park to demonstrate. (Photos by Wayne Nathan)

As the day progressed, tensions between protesters and police mounted. Los Angeles reporter Samuel Braslow was grazed by a rubber bullet while observing the scene outside CBS Studios on 3rd Street. (Photos by Samuel Braslow)

Protests outside CBS Studios
1 of 15