Home Health All Pets Are Emotional Support Animals at This Point 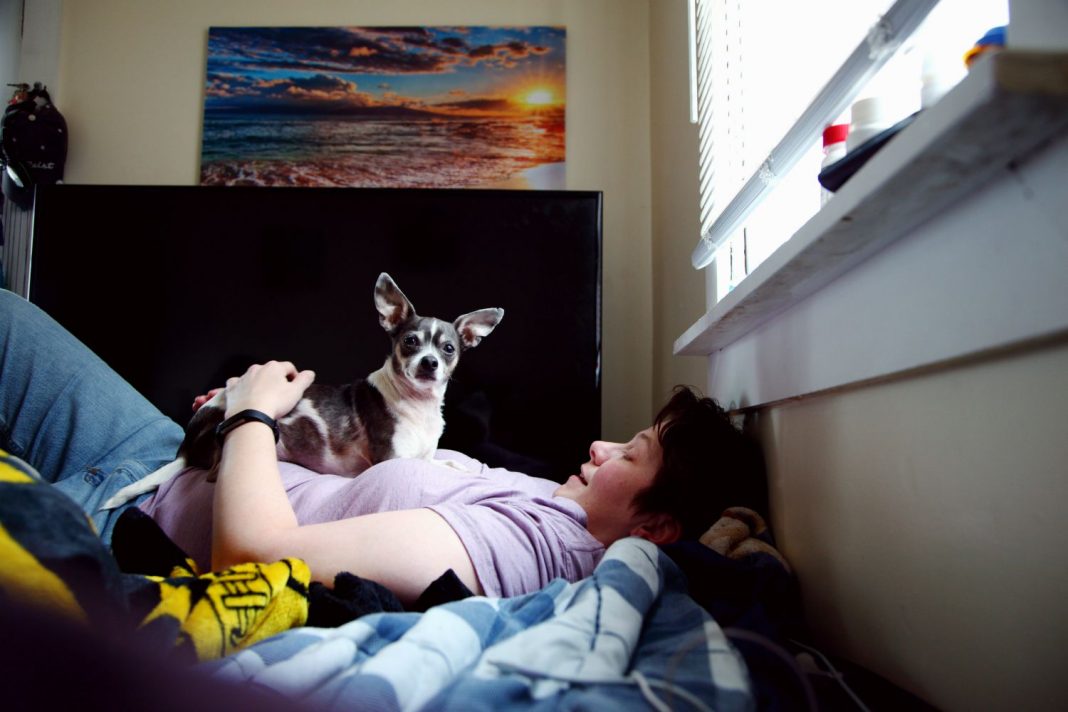 Ellen Shershow’s photos capture dogs as vibrant oddballs: licking their nostrils, dashing across beaches, peering inquisitively at the camera as if it might deliver a slice of premium freeze-dried meat directly to their mouths.

The pet portraitist is accustomed to long preshoot phone chats with owners about everything from their dog’s medical history to diva tendencies, all to better capture a canine’s essence on film.

These days, as her clients remain cooped up at home, the conversations can veer into unexpected terrain. “Quarantine is giving them a whole new perspective on their pets,” she says. “People are more attuned to their dog’s every need. Single people say things like, ‘Without this dog….that’s it.’ Whole months can go by where their dog is their only company.”

Accordingly, her clients are paying thousands more for their pet photos—up to $6,000 for a series. “I’ve had way more clients be like, ‘Yeah, that sounds just fine. We can do that. Our dog is worth it,’” Shershow says.

Blissfully unaware of threats that lurk outside, many pets are now luxuriating in our captive presence. Since the pandemic hit, L.A.’s shelters have been emptied out and rescue workers say they’re receiving dozens of applications per pet. The coronavirus crisis has brought our homebound companions more attention, more treats, and a greater quality of life than any time in recent history.

Dogs, especially, are thriving, even as many of their owners fall apart. “This is kind of a dream come true for dogs,” says Galit Reuben, executive director of the rescue organization Dogs Without Borders.

The surge of interest in local pups has dramatically altered the way her rescue operates, she say. “We’ve had to shut down our normal application process and send auto responses because we were receiving so many requests,” says Reuben. “Dogs that we would normally rescue aren’t even available because the general public has specific appointments to see them, which is wonderful.” Now, she says, her rescue is focused on doggos that the shelters can’t place —like those that are missing limbs or require major surgery.

Annette Ramirez, director of field operations at L.A. Animal Services, cites another reason for a decrease in the shelter population: more residents have the time to help owners retrieve their lost animals.

“Whether they’re walking the pets up and down streets to find their owner or posting about them on Nextdoor, the little things the community has been able to do to reduce the intake at shelters has been a huge help,” she says.

The longer a dog is in a shelter, the harder it can be to place. “Rescues aren’t the easiest dogs,” says Reuben. “A lot of people envision bingeing Netflix with their dog next to them but that might not be what they get. There’s a period of adjustment and not everyone is up for that.”

Our own grab bag of anxieties about the recession, coronavirus, and civil strife isn’t likely to help a dog acclimate. “If someone loses their job and is stressed out all the time, yes, that can affect a dog’s emotional life,” says Molly Byrne, a researcher at the Canine Cognition Center at Boston College.

On the plus side, dogs have no idea how to read a report on coronavirus transmission. “They don’t have that same fear association with seeing other humans on the streets,” Byrne says. “So that’s good.”

“The thing about cats is, by and large, they don’t give a shit about people,” says Ben Lehrer, president of Kitten Rescue.

Still, Angelenos desperately want them in their homes. “Last year, we might have gotten three or four foster applications in a week,” he says. “Today, we’re getting between 20 and 30 a day. It’s bananas.”

The problem is that all those newly adopted cats need to be immunized and fixed and that’s creating bottlenecks at veterinary hospitals, which have changed their protocols to allow for social distancing. “They can’t double or triple book patients anymore, so they’re having to see fewer pets at one time,” Lehrer says. “It’s a mess.”

So there are a few problems. Also, one vet says that if your cat is now regularly hiding in the alcove above your refrigerator, it might need more alone time. Others fret that our pets are gaining the “Quarantine 15” from excessive treat consumption.

Overall, though, these are likely wonderful times for the (likely) illiterate furry creatures in our midst—including the ones that are laughing at us.

“They say dogs are in heaven and cats are like, ‘I knew you’d get fired one day,’” Ramirez adds.