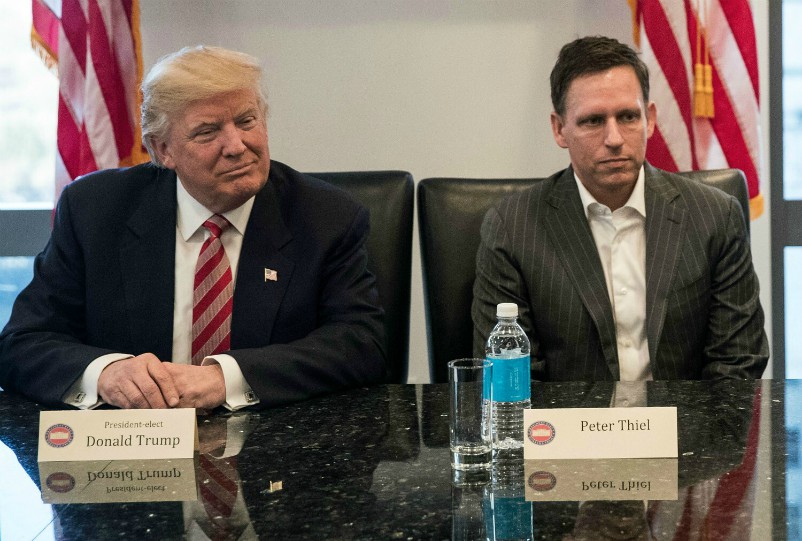 In 2016, billionaire tech investor Peter Thiel became the first openly gay person to speak at a Republican convention in nearly a generation. Thiel was an outspoken supporter of Donald Trump from the get-go, ultimately donating around $1.25 million to help him become president. But, as the 2020 RNC convenes, Thiel has no speaking slot scheduled–and he appears unconvinced that Trump can win again.

These days, Thiel reportedly describes the Trump campaign as the “S.S. Minnow,” a reference to the shipwrecked boat from Gilligan’s Island, and insiders say he has “ghosted” the campaign’s overtures.

At least part of Thiel’s discontent with Trump appears to be linked to the administration’s handling of the COVID-19 pandemic and the ensuing economic downturn. Sources told The Wall Street Journal in July that Thiel grew concerned about the risk of the virus early on, even recalling staff of his company Palantir Technologies from overseas offices in February as a precaution.

As the pandemic worsened, Thiel became “clearly very frustrated” with Trump’s efforts to address the problem and often confounding public statements about the virus’ risk and potential treatments, members of Thiel’s circle told The Daily Beast.

Some speculate that the falling out between Thiel and the president could simply be a byproduct of this White House’s famously high rate of turnover.

“Everybody goes into the Trump relationship woodchipper,” former White House communications director Anthony Scaramucci told The Daily Beast. “You either come out on the other side with your dignity and your personal story intact or you’re reformed as Trump compost and you’re fertilizer under his shoe. You have to make a decision and it happens to everyone.”

While he may not be making a major public play on behalf of Trump, Thiel won’t be removing himself from politics entirely. He maintains a PAC, Free Forever, which backs candidates that support a conservative agenda, and has recently given directly to candidates including Tom Cotton and Kris Kobach.

RELATED: Trump Pal David Pecker Is Out of the Top Spot at American Media