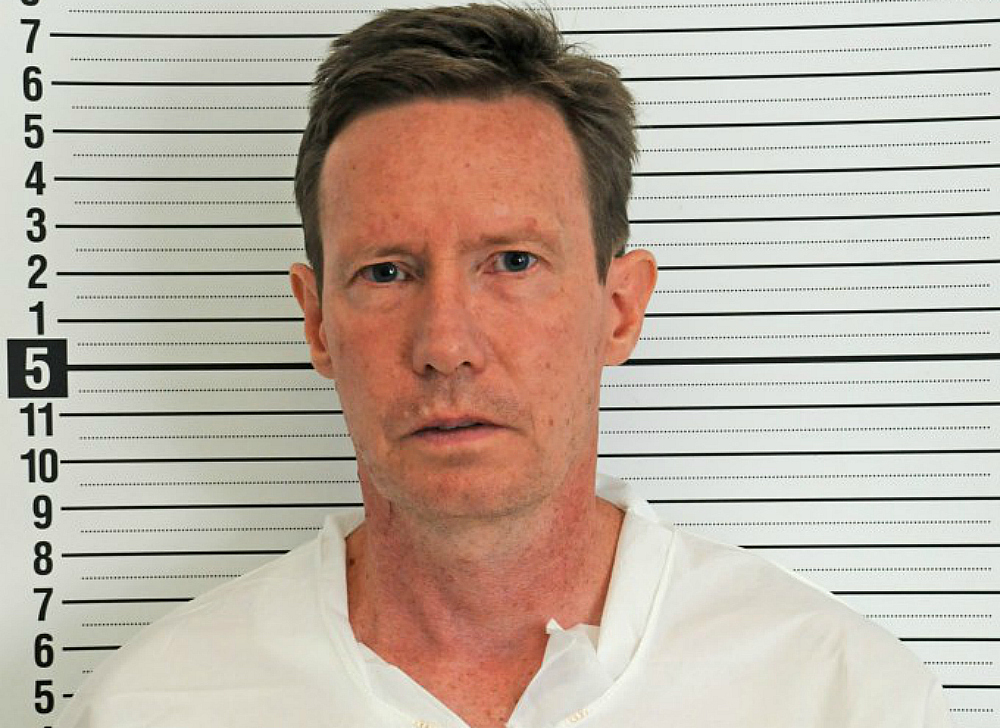 Update, 8/6/2019: A year ago, the Newport Beach Police Department launched a Serial-inspired podcast about an open murder case. It was an experiment, designed to bring public attention to the case–and perhaps help them track down the primary suspect, who remained at large. The experiment appears to have worked.

On Monday, Peter Chadwick was returned to California from Mexico, where he had been hiding out since 2015. When Newport Beach P.D. Chief Jon Lewis gave a press conference, the Los Angeles Times reports he gave credit to the “pressure” applied by the podcast–along with “good old fashioned police work,” of course.

The following interview with host Jennifer Manzella was originally published on September 21, 2018.

Newport Beach Police are trying a new tactic to bring a wanted criminal in for justice. They’ve produced their own true crime podcast telling the story of the case, in the hopes that it will amplify their search, and get amateur detectives around the world keeping an eye out for the fugitive.

On an October day in 2012, the two children of Peter and Q.C. Chadwick returned home from a day at school in Newport Beach to find their parents missing without any explanation. When the police eventually came, they found a scene that appeared, on the surface, to be a perfectly normal suburban home–but just a few small details seemed out of place. Those subtle clues were enough for them to suspect there might be more to the case.

After an investigation–and a truly bizarre 911 call placed by Peter Chadwick, audio of which plays in an early episode of the podcast–the police arrested Chadwick for the murder of his wife, Q.C. Between arrest and trial, he was released on bond. Around January 2015, he disappeared and is believed to have been on the lam ever since.

Chadwick was the heir of an international real estate development business, and is known to have had family and dealings around the world, in addition to access to the cash resources that would have been necessary to go underground. Now, after three years without movement on the case, Chadwick is on the U.S. Marshals Service’s “Most Wanted” list, and the Newport Beach P.D. is hoping their foray into podcasting could lead to an essential tip.

Jennifer Manzella hosts the podcast, as well as being its primary producer. That’s in addition to her main job, as the department’s press information officer. We spoke with her about Countdown to Capture, which debuted this week.

Where did the concept to do a podcast about the Peter Chadwick case begin?

We had a discussion about the case, because we were trying to think of ways we could tell the story in a different way. This is a story that has already been out there in the news, it’s a number of years old. It’s been covered in all the newspaper articles and TV shows, so we were looking for another method.

We discovered that the podcast format seemed to fit this case really well. There’s something about what we know of the story that’s kind of episodic in nature, and we have a couple of different angles we could cover narratively. We had enough to take the time to flesh it out over what ended up being a total of an hour and a half, split into the podcast episodes.

You mention in the prologue episode of the podcast that you personally aren’t really a fan of the true crime genre. Were you aware of all the various crime story podcasts that have come out?

A lot of people in law enforcement stay away from all that, away from any content that’s kind of “work related” in that way. Although, I am a Law & Order junkie, I admit.

I heard Serial, but I haven’t really pursued any of the true crime podcasts beyond that. Serial was kind of amazing and ground-breaking when it came out and I listened to it with my husband and enjoyed it greatly, but it’s really not something I consider a normal activity.

I think that kind of works to our advantage in terms of making this podcast, actually. We weren’t really trying to emulate something I already had in my head or copy anything. We just let the case be the focus of how we wrote the episodes and crafted the story.

What is the goal the Newport Beach Police Department hopes to get out of doing this podcast project?

The goal is absolutely to find Peter Chadwick. The podcast itself isn’t even meant to convince anybody he’s guilty of this murder, it’s not meant to have any role other than to spread the word that we’re still looking for him, and we want to get his face in front of as many eyes as possible.

He literally could be anywhere in the world. He has the resources, cash, and know-how to get wherever he wants to be, so we needed to reach an international audience. The world can become a very small place once you get technology and the internet involved.

Do you expect that, as this podcast is going out, someone is going to recognize him and bring new information forward?

I don’t know that we expect it, but yes, we absolutely hope it. We recorded and produced six episodes of the podcast. We’re considering the podcast suspended after that, but we would love to make an episode seven, about Peter Chadwick being captured and made to stand trial.

At any moment, we are one good tip away from finding him. We don’t know if that tip is going to come in this afternoon, or a month from now, or a year from now. We just need one person who knows where he is to give us a call.

Are there plans to make future podcasts about any of the department’s other cases?

I would say it’s probably a little early to know. We’re still getting through the release of this one. So far, the response has been so positive that I would say we’re floating it as a possibility. The feedback we’ve been getting has been great, not just for the podcast, but also for the actual substance of what we’re doing. It’s been better than we could have imagined.

RELATED: Has the Golden State Killer Finally Been Captured?