Home Activism A Look at the ‘People’s Budget’ L.A. Activists Are Promoting 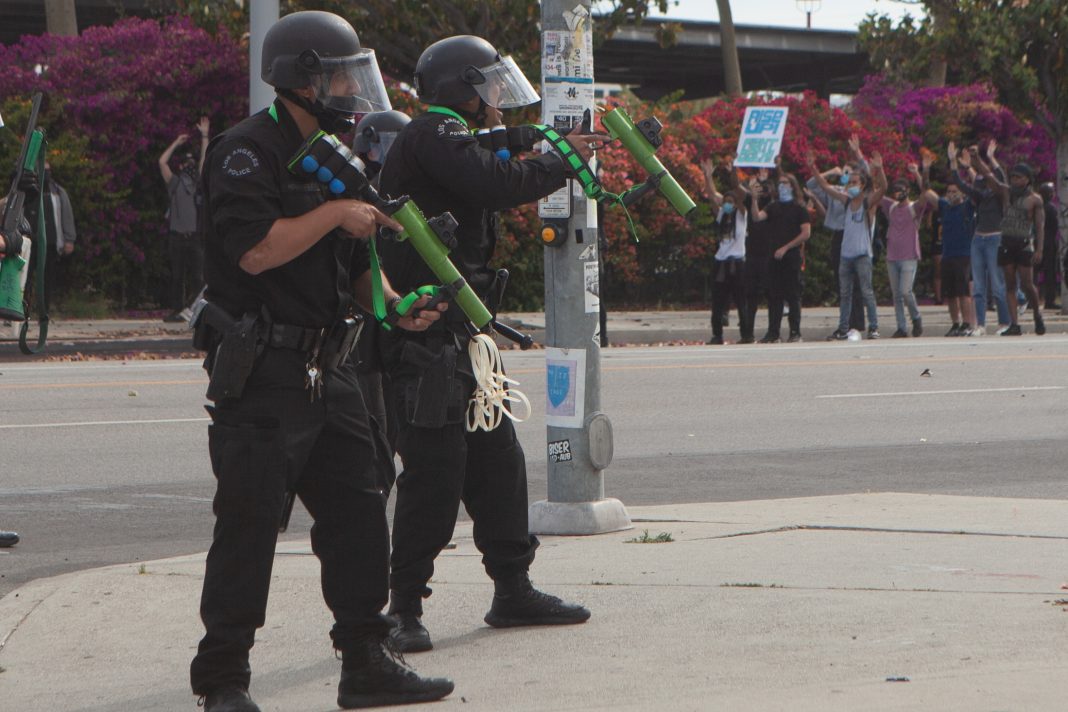 UPDATE 4:50 P.M. – A spokesperson for Councilmember Paul Krekorian offered a statement regarding the status of the city budget.

“The budget adopted today, in accordance with the City Charter, is not by any means a final document,” he said, noting that there will be four Budget and Finance Committee meetings prior to the conclusion of the budget process, to be held on June 8, 15, 22, and 29. “The meetings will take public comment, per usual, and the Committee will vote on any proposed amendments.”

Those potential amendments could then go to the full City Council when they cast their votes.

With the Los Angeles city budget for the coming fiscal year due today, critics are calling for an eleventh-hour reassessment of how public funds are to be spent. In the proposed budget laid out by Mayor Eric Garcetti, the LAPD gets far and away the largest slice of the pie. At $1,857,330,549, the police budget is larger than the allocations to the fire department, Office of Emergency Management, Department of Transportation, Bureau of Street Services, and the Housing and Community Investment Agency combined. While pandemic has pushed most departments to tighten belts or furlough city workers, the LAPD budget is slightly increased from last year—even as concerns about the city’s police force have sent people spilling out into city streets.

In late May, a group of local activists released what they call a “People’s Budget” for L.A. which, they assert, offers a guide to reallocating funds away from policing and into providing direct services in communities.

“For Los Angeles, a budget is a reflection of the city’s values,” reads a statement accompanying the People’s Budget. “When deciding how to allocate resources, the question becomes who and what do we value most: Is it investing in our children, providing shelter, food, and medical care for our most vulnerable populations? Is it helping our city withstand a global pandemic? Or is it investing in a police state that won’t make our communities any safer, and will actually harm those who need help the most, especially now? ”

The People’s Budget proposes a formula based on proportions of the total discretionary budget to be allocated to broad categories or goals. It suggests putting the largest share—44.25 percent—into what it terms “universal aid and crisis management.” That bucket would hold funding for housing, including addressing homelessness, as well as public health and emergency response.

“Law enforcement and policing” would be reduced to less than six percent of the total—a reduction arrived at by slashing budgets for parking enforcement, police, and the city attorney’s office—but nearly a quarter of the People’s Budget would go to “reimagined community safety.”

“We were outraged when we saw a budget that cut virtually every other city department, including the ones most needed right now in the midst of the pandemic and the economic fallout—while actually increasing funding to LAPD,” said Dr. Melina Abdullah, a co-founder of Black Lives Matter L.A. told LAist. BLM-LA is among the organizations backing the People’s Budget project, along with Los Angeles Community Action Network, Ground Game L.A., Sunrise Movement, and numerous other local groups.

The Los Angeles Police Protective League, the union that represents police officers, disagreed with the idea that the LAPD budget was outsized. “These groups have failed again to make their case, to convince voters or a majority of their local elected officials that their worldview is the right one,” a representative of the group emailed LAist. “Cutting the police department will put our community at greater risk but sure makes for a good headline.”

While activists are suggesting Angelenos contact City Council President Nury Martinez and Budget and Finance Committee Chair Paul Krekorian to call for an emergency council meeting to discuss the mayor’s budget proposal, that meeting would likely have to take place today, and no public statement has yet been released to indicate that such a meeting will be called. By protocols established in the city charter, if the council does not act by the deadline, the mayor’s proposal will automatically be considered adopted. The full City Council will formally vote on the budget by June 30; California law establishes a final budget must be approved by the last day of the current fiscal year. Given the current pandemic and economic uncertainty, however, City Hall has already acknowledged that the F.Y. 2020-21 budget will be treated as something of a working document, open to a lot of revision.