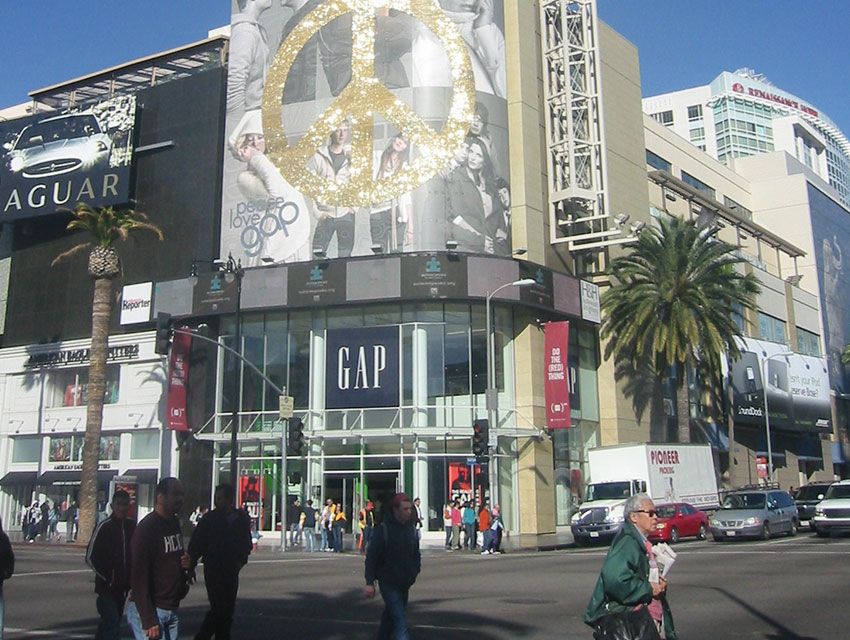 When the Academy Awards roll around, Los Angeles does its annual urban planning role play exercise and turns the intersection of Hollywood and Highland into a pedestrian-only affair. Accordingly, city thinkers then wonder what would happen if cars were kept out of the area for good.

My take? It might be great–but it might not. I play devil’s advocate to those who’d love to see Hollywood and Highland car-free year-roundbecause I take a bus to and a train from the intersection each morning (then do the whole thing in reverse later in the day). Shutting down the streets is supposed to benefit non-drivers, but I assure you it does not: This week’s closure has confused everyone, making the area difficult for both walkers and drivers to navigate. There is nowhere for buses to stop, for one thing, while pedestrians and cars are combating each other at crosswalks and travelers within a block or two of the no-car zone are moving at a crawl. The pedestrians there are winning only because they can get outta Dodge the fastest.

The streets are closed to everyone but those setting up for Sunday’s Academy Awards at the moment, so it isn’t really fair to use the current shutdown as a model. But it is a reminder of how many events take place in the area, events that should be factored into any future planning. If you aren’t traveling by car, you get around on foot, bike, or public transportation—no one just appears anywhere, Hollywood and Highland included, so it’s important that city officials thinking about switching things up would need to treat the pedestrian as a complicated being, not a bipedal autonomous organism.

A lot of work would need to be done to make a pedestrian-only street work in one of the busiest parts of Los Angeles (a tiny, untravelled triangle in Silver Lake Hollywood & Highland is not). A bus-only cul de sac would have to take over the west corners of intersection. Vegas-like overpasses would be needed to reroute pedestrians above the street, as to prevent the stop of cars, buses, bikes, and more. The same may have to happen at Hollywood and Orange, nearby. Finally, the space would need to accomodate special-occasion traffic for premieres and Walk of Fame ceremonies.

Transforming Hollywood and Highland into a walkers paradise is a cute idea—but what the intersection is during Academy Award season is not a model for success. It’s a mess that makes clear how much planning it would take to change just one small, if busy, corner of the city.