AFTER A TWO-YEAR HIATUS, Pride is back, live and in person. Weary of virtual celebrations, the city’s queer community has been eagerly awaiting the return of L.A.’s annual Pride festivities, which draw thousands of revelers to town every year. In fact, demand is so strong, L.A. will be hosting two back-to-back Pride celebrations this year. The WeHo Pride Parade, on June 5, caps a rainbow-tinged weekend filled with poetry readings, parties, and a concert starring Lil’ Kim. If you’re still feeling proud a week later, LA. Pride features an equally dazzling array of events and performances, including a concert headlined by Christina Aguilera. Readings, ballgames, and movie festivals will stretch through August. We teamed up with the Los Angeles Blade to single out some of the more notable events.

LGBTQ+ PRIDE NIGHT
Dodger Stadium
The Los Angeles Dodgers are teaming up with L.A. Pride for “Pride Night at the Stadium” as they face off with the New York Mets. A special pre-game ceremony will recognize frontline workers and feature surprise guests. A raucous post-game celebration will include fireworks and music from DJ Bowie J. Mlb.com/dodgers 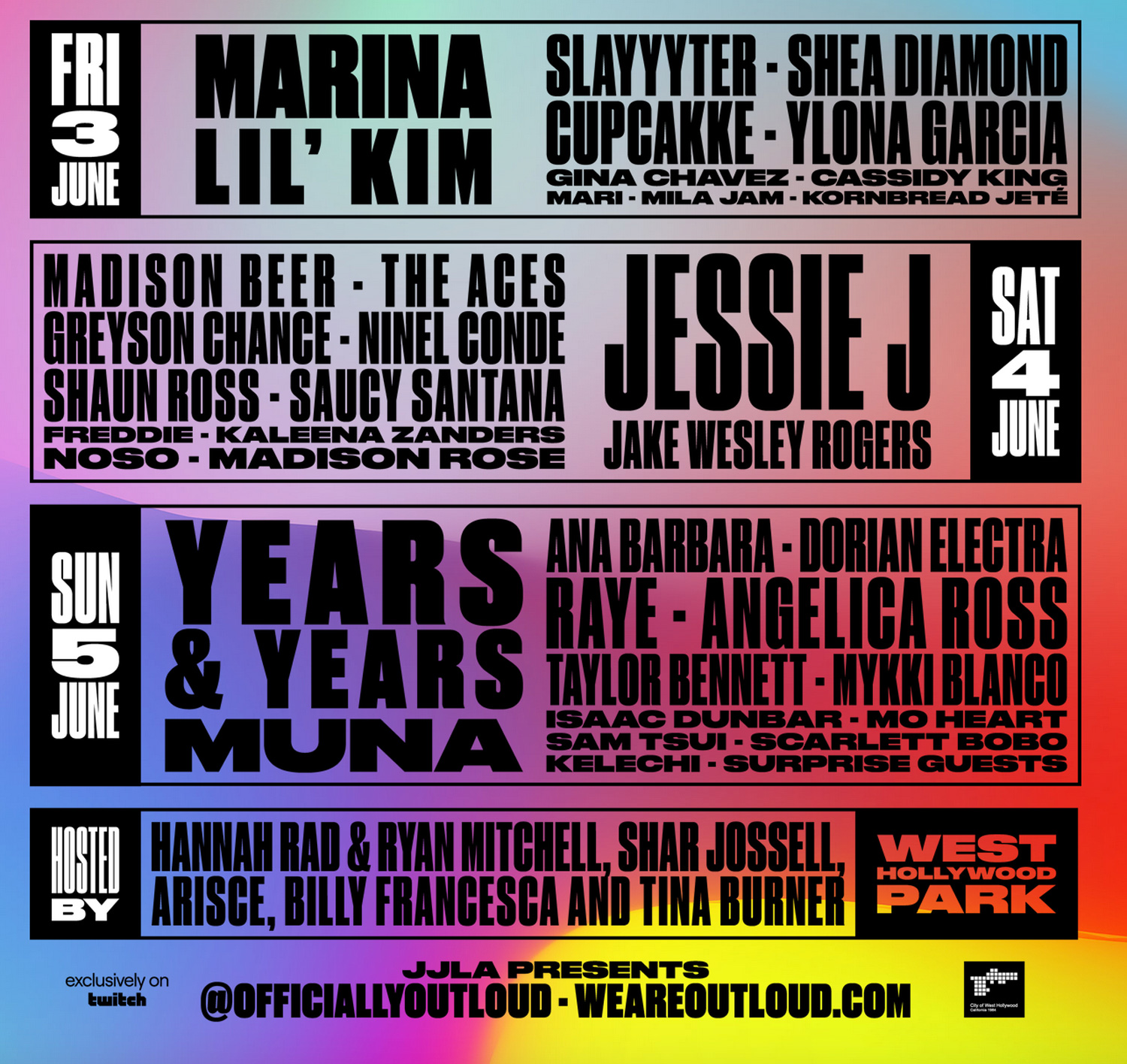 THE WEHO PRIDE PARADE
WeHo’s pride extravaganza kicks off at noon along Santa Monica Boulevard at Fairfax and ends up at Robertson. Weho.org

PRIDE PAWTY
Loews Santa Monica Beach Hotel
Reserve your spot for pawdicures and fun activities like a dog-friendly photo booth and crafting matching pup and human accessories. Free puptails and $15 cocktails will be available. A portion of the proceeds will go to the L.A. LGBT Center. Loewshotels.com

THE YARD X LEZ CROIX
Catch One
The special Pride lineup at the historic Mid-City venue features performances by local legends and a far-flung band of musicians and performers flown in from across the gay universe. Catch.one

THE LONG-RUNNING WEHO PRIDE PARADE IS BACK AFTER TWO YEARS. BUT THE NEWLY ESTABLISHED L.A. PRIDE PARADE, WHICH TAKES PLACE A WEEK LATER, MAY GIVE IT A RUN FOR ITS MONEY

OUT OF THE BLUE—A MIRACULOUS MUSICAL
Zephyr Theatre
Award-winning writer-composer-performer Eli Hans portrays all 25 characters in this moving musical about a newly diagnosed gay cancer patient struggling to find love and make peace with his troubled past. Meredith Grundei directs. June 10 and 11, Outoftheblueshow.com

UNITED IN PRIDE
Various locations
Masterbeat’s four-day Pride Bacchanalia starts with a boisterous Saturday afternoon pool party on the rooftop of the Andaz Hotel. Other highlights include a Saturday night dance party with DJs Deanne and Tom Stephan at the Avalon nightclub and a Sunday evening Pride tea dance at Academy L.A. June 11 through 14, Masterbeat.com

THE 50TH ANNUAL L.A. PRIDE PARADE
Hollywood and Vine
L.A. Pride celebrates its golden anniversary by returning to the neighborhood where it first began 50 years ago, when it became the first legally permitted Gay Pride parade in the country. The event, which kicks off at 10:30 a.m. sharp, heads west on Hollywood Boulevard to Highland Avenue. From there, it moves south to Sunset and then east to Ivar Avenue. It’s within walking distance of two Metro stations. Lapride.org

THE CATALINA ISLAND PRIDE FESTIVAL
Wrigley Stage
A daylong event featuring music, food, and local performers will take place at the main Wrigley Stage and culminate in a dance party on the Avalon Bay waterfront.
Lovecatalina.com/pride

TOM’s BAR With ORVILLE PECK
The Avalon & Bardot Hollywood
Orville Peck is the Honored Guest, where he will be presented with the Tom of Finland Foundation 2022 Cultural Icon Award. 2-10 PM

JEREMY ATHERTON LIN
On “Gay Bar: Why We Went Out”
Book Soup
Strobing lights and dark rooms, throbbing house music and drag queens on countertops, first kisses and last call, the gay bar has long been a place of solidarity  and self-expression. Jeremy Atherton discusses his book and the escalating decline of America’s gay bars in a Pride Month talk at  the landmark L.A. bookstore. Booksoup.com

LONG BEACH PRIDE
Long Beach’s three-day Pride festivities start on Friday night and continue all weekend. The annual event attracts over 80,000 revelers from all across the SoCal area, and culminates this year with a blockbuster concert featuring Iggy Azalea and Natalia Jiménez. June 8 through 10, Longbeachpride.com

DTLA PROUD ’22
Pershing Square
Founded by a group of local residents, business owners, and community leaders, the annual Pride event at the main stage of Pershing Square will feature a special screening of the full-length documentary Proud in a Pandemic, as well as two days of stage performances, DJs, art, fancy food trucks, and a dance party at a pop-up waterpark.
Dtlaproud.org

WHO WOULDN’T WANT TO GO TO A FUNKY ROLLER-SKATING CELEBRATION OF BOTH PRINCE’S BIRTHDAY AND PRIDE  MONTH? 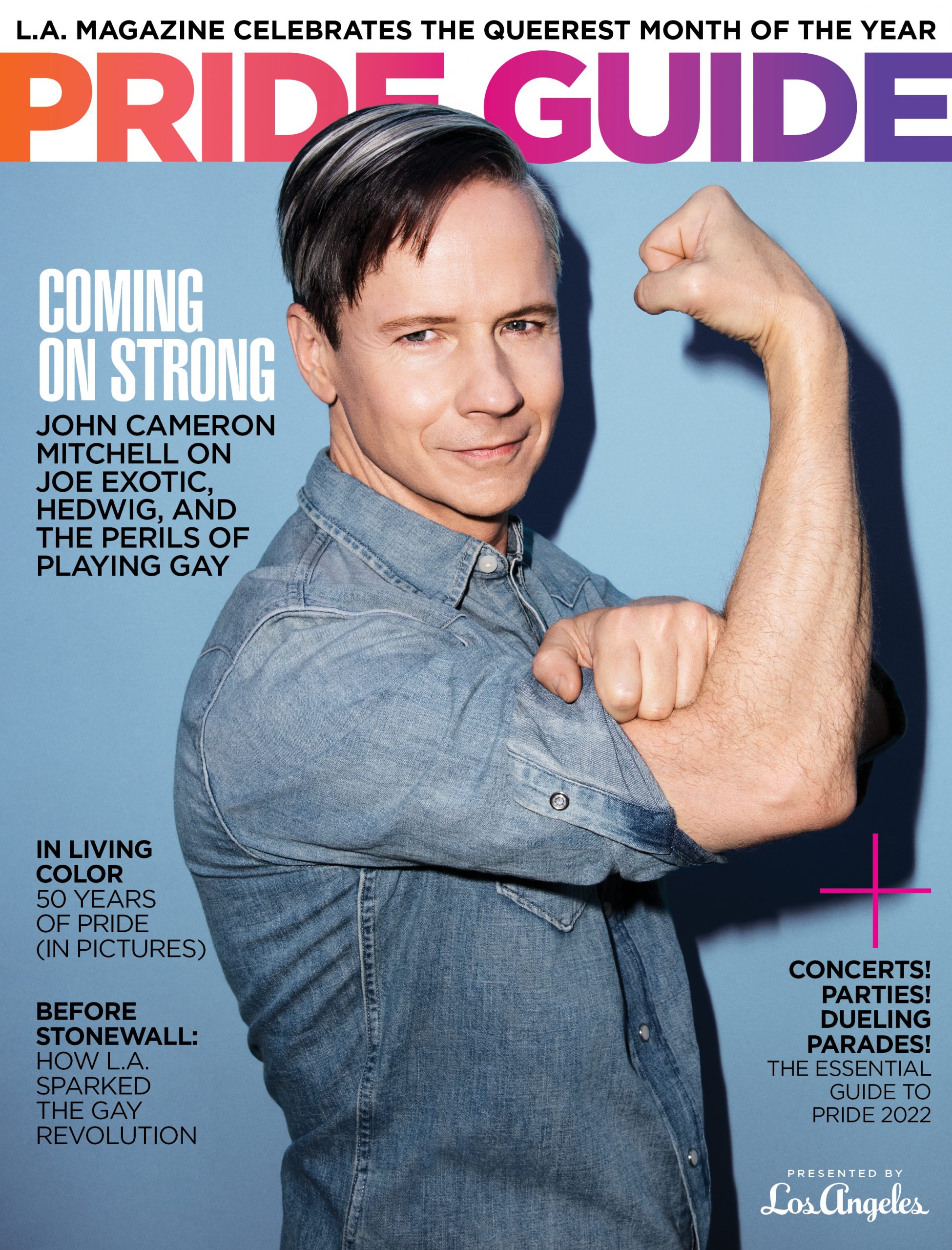