Home Business & Real Estate Are People Really Moving Out of L.A. in Droves Amid the Pandemic? 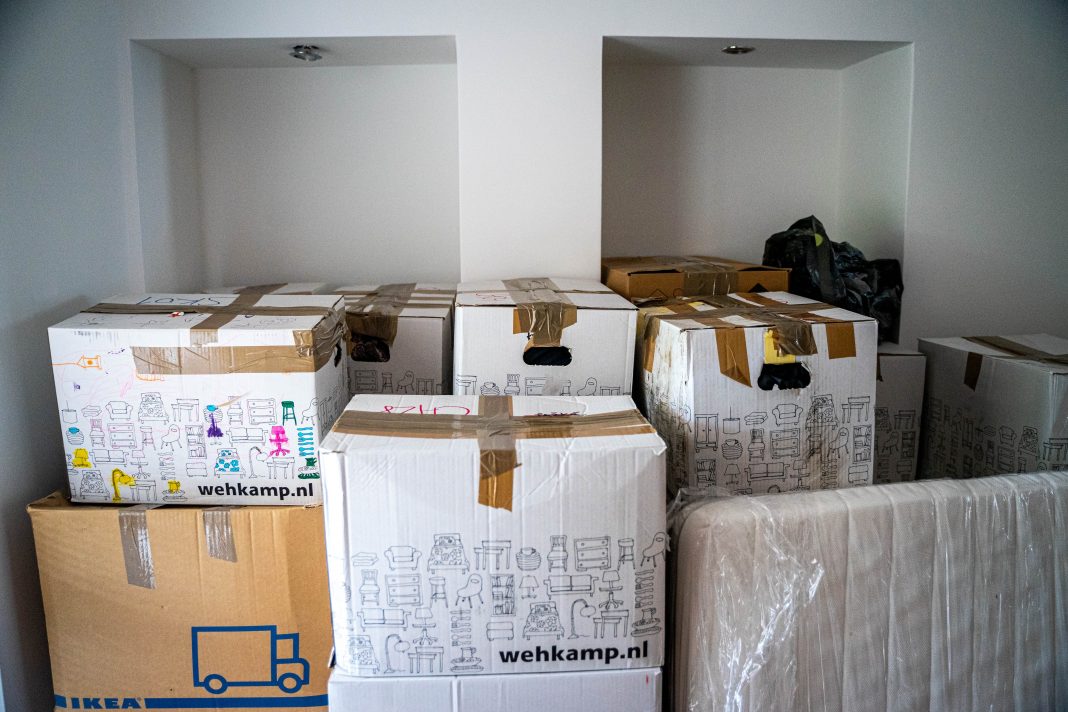 Photo by Michal Balog on Unsplash

We’ve all heard that the pandemic is sparking a wave of mass migration out of American cities as ex-urbanites seek safety in the suburbs or find themselves displaced by pandemic-related job losses. But, according to some experts, it doesn’t appear to be happening in Los Angeles—or most other major cities.

Christopher Rhie, an urban planner and associate principal of the L.A. office of global building engineering firm Buro Happold, says that reports of a mass exodus out of Los Angeles and other American cities may have been overblown.

“At any given time, there are always people who migrate from cities to suburbs and rural areas. Retirees and young families with economic means often move for more space or for peace and quiet,” he says. “Among such people who were already on the verge of making such a move, a slight uptick is not surprising.”

He also points out that, where any recent net drop in population has been observed, it might have as much to do with new people not coming in rather than existing residents heading out.

“We are seeing students, young professionals, and other cohorts who were considering a move to the city from the suburbs and exurbs now delaying their plans,” Rhie notes.

Rhie works with cities and institutions around the country developing climate and sustainability plans. In the course of that work, he says, he’s often researched long-term migration and housing trends, and finds that major cities remain an irresistible draw for many—even in the face of housing affordability issues or fear inspired by current events.

“At a societal level, fear is temporary,” he says. “After 9/11, there was fear of flight and predictions of outmigration from cities that never materialized. In the long run, the fundamental attractors of cities including education, culture, economic opportunity, and quality of life outweighed any fears.”

Rhie’s research appears to be supported by the available data. Bloomberg CityLab reports that, from March 11 to June 30, 2020, roughly the first three months of widespread pandemic, home moves in California were actually down 35 percent compared to the same time period in 2019. Once summer arrived, there has been some rebounding in the number of moves, but it’s not clear that it dramatically outpaces standard seasonal variations.

“It’s not unusual for [the summer] to be peak moving season,” Igor Popov, chief economist at Apartment List, told CityLab. “I think it was just a little bit more intense this summer, because of the nature of the pandemic, and the nature of shelter-in-place preceding high moving months.”

Further, there is not strong data to say that people who are moving amid pandemic are doing so permanently, and not simply intending to move back to their urban environs in the relatively near future.

In a Pew Research study conducted in early June, just 3 percent of the more than 4,600 respondents stated they moved permanently or temporarily for any reason relating to COVID-19. The largest subset of those who did were those aged 18 to 29, some of which was attributed to the closure of college campuses sending students packing for home. Pandemic-related job losses have also disproportionately impacted young adult workers.

Zillow Research, a branch of the real estate giant that’s focused on data and forecasting, conducted a study in August which also failed to substantiate the hype around pandemic flight from any cities other than New York City and San Francisco—and even in those pricey metropolises, the trend is subtle.

“Some faint signals may have emerged in certain places, but, by and large, the data show that suburban housing markets have not strengthened at a disproportionately rapid pace compared to urban markets,” the Zillow report reads. “Changes in annual home value growth rates from just before the pandemic to now have been about the same for urban and suburban markets. In some regions where there is a divergence, the discrepancy can be explained by trends that were unfolding before the pandemic.”

If there’s little to support claims of pandemic flight, what could explain the narrative’s proliferation? Curbed suggested a theory in late August: “Given that the media industry is concentrated in Manhattan—with another good chunk in San Francisco—journalists seem to be confusing the minor outbound migration from two ridiculously expensive areas with the double dose of demand happening across the country. More insidiously, some members of the media are willing to peddle stories about nonexistent carnage in the streets, extrapolating that the cities—all cities, but especially the diverse, Democratic-led ones—are headed for inevitable collapse.”

RELATED: Amid a Worsening Homelessness Crisis, Two Temporary Housing Options Are Ramping Down