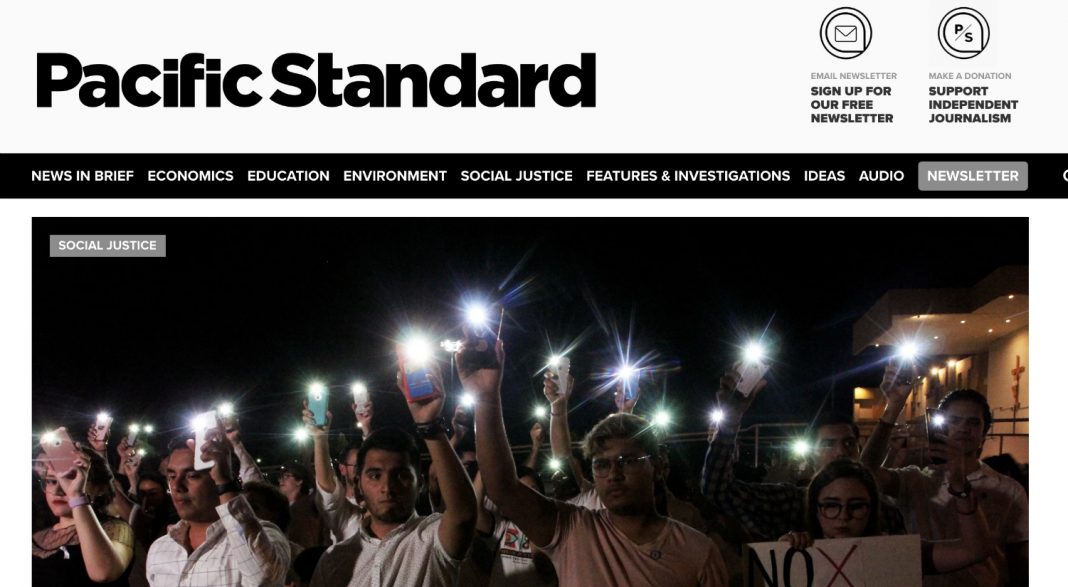 Shutdowns and layoffs have become commonplace in the news media, but the sudden shuttering of the Santa Barbara-based online magazine Pacific Standard still came as a shock to many on Wednesday.

Today is an extremely difficult day, the worst day—and I’m heart-broken and devastated. We learned this morning, without any warning, that our primary funder is cutting off all charitable giving and that our board is shutting down @PacificStand, effective next Friday.

The ten-year-old-publication, which was known for its clear, solutions-oriented investigative reporting on issues like social justice, education, and the environment, relied heavily on charitable donations from SAGE, a massive academic and journal publishing company founded by Sara Miller McCune. The magazine received about $3 million per year from McCune’s Social Justice Foundation, a nonprofit that will also soon shutter.

In a statement on Wednesday, SAGE said that it would be refocusing its funding into its main publishing business. “SAGE is unable to continue to offer the very considerable financial support that the magazine requires to be viable while also investing in the core businesses of SAGE Publishing. As a result, the Board of the Foundation had no alternative but to take this decision.”

When the magazine was launched as “Miller-McCune” in 2008, McCune received considerable praise for her “serious” journalistic goals, which attempted to link social science research with policy prescriptions. Last year, the magazine transitioned to a digital-only publication, boasting an impressive online readership of nearly 1.3 million unique visitors per month and hiring several new staff members.

McClune is currently traveling, and has yet to comment on the shutdown. Journalists and editors from the publication, who had no advance notice of the closure, took to Twitter to lament not only the loss of the publication, but of the stories they were working on, which will now lack a home.

Today I got the horrible news that @pacificstand is shuttering. I’ve been reporting on a piece with them for the past two years. It is a story I feel I have been trying to tell my whole life. Today is also the first day of the rest of my life. I am begin… https://t.co/REh9qEiE7k pic.twitter.com/Yt82fxuxom

Some reporters were still on assignment for the magazine.

I just lost my job
At midnight
In Kabul
And I’m out of cigarettes. https://t.co/NNkSf136pD

Editor-in-chief Nicholas Jackson said that he has been searching for another nonprofit that might be interested in replacing SAGE as the magazine’s main backer. “I’m reaching out to some folks I know at the Emerson Collective and elsewhere that might potentially be interested,” Jackson told the Daily Beast. “It’s a long shot, but I think it’s worth at least a little bit of energy.” The Emerson collective owns The Atlantic.

The Pacific Standard Twitter account has remained active in recent days, sharing new stories, as well as tweets from laid off staff and supporters of the magazine. A pinned tweet at the top of their page reads: “We still have stories to tell.”

RELATED: Why L.A. Taco May Be the Future of Alternative Journalism in L.A.