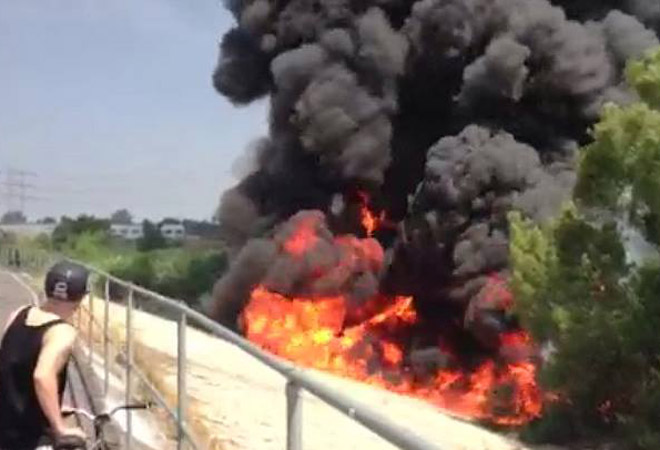 Thousands of gallons of burning gasoline poured freely from an overturned tanker on Saturday causing the L.A. River to catch fire. The accident, which occurred at the intersection of the 2 and 5 freeways just after 10:30 a.m., resulted in several highway closures in both directions.

Thankfully, however, the spill doesn’t appear to have wreaked irreparable havoc: This morning, California Department of Fish and Wildlife (CDFW) spokesperson Andrew Hughan received positive results from a water test of the area. “Everyone—us, the LAFD, everyone—got very lucky with this,” he said. “There’s virtually no environmental damage to the river. Gasoline burns incredibly hot, and so the huge majority of that 7,500 gallons was burned up immediately. No one was injured, the [tanker] driver got out, and no cars burned up.”

Hughan added that the CDFW has environmental contractors all over the state who can get to disaster sites and begin reversing potentially negative effects immediately. Said contractors reported to the river and were able to “suck up” a portion of the burning gasoline, making for an even more fortuitous outcome.

In May, the Mountains Recreation & Conservation Authority dedicated a two and a half mile stretch of the river as a Recreational Zone, in which L.A. residents are able to kayak, walk, and fish. It is still unclear whether the fire affected the new leisure area.