Shortly after Damien Navarro became the head of Outfest, an LGBTQ+-oriented nonprofit, he was quickly faced with the many challenges that come with a global pandemic. In order to keep up, he had to mobilize Outfest to levels it had never seen before.

The organization, which produces two film festivals, operates a streaming platform and educates filmmakers in L.A., has roots going as far back as 1982. That’s when the first Gay and Lesbian Media Conference was held, showcasing films like Queen of Sheba Meets the Atom Man, Making Love, and Taxi Zum Klo. The organization’s name was changed to Outfest in 1995, just a couple of years after its festival expanded to show 115 films coming from 15 different countries.

This year, the organization is happy to welcome back attendees for an in-person experience at the 40th Anniversary Los Angeles LGBTQ+ Film Festival from July 14 to 24 across L.A.

“We brought back the festival last year in person, up to about 60 percent… but it was heartbreaking to see 40 percent empty theaters,” Navarro said. “We now realize it’s not always pretty and it does take bravery to do what we need to do. Otherwise, somebody is constantly working against us in ways that we never really realized. So, I’m saying, let’s get out and do something big this summer!” 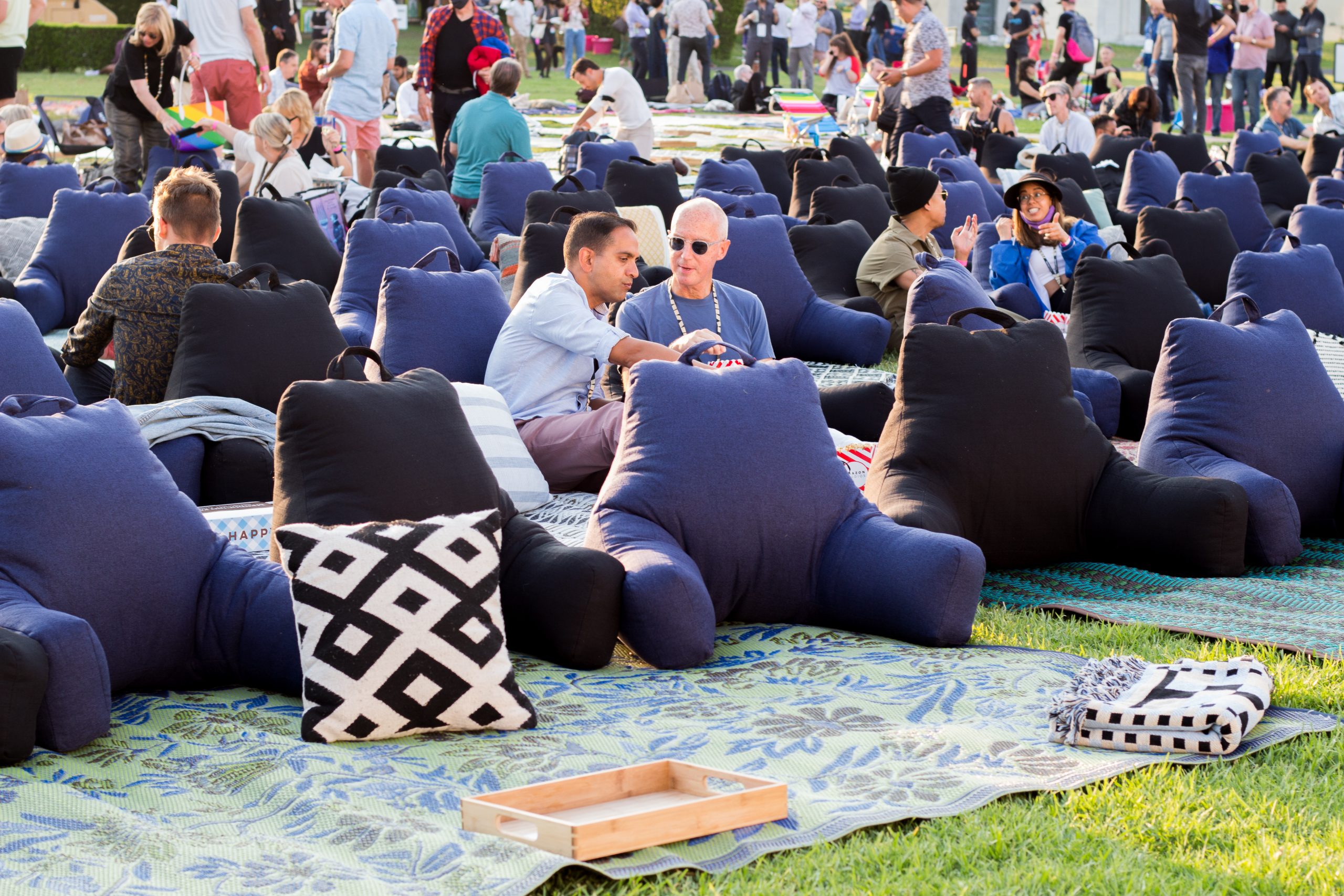 And this summer has been like no other for Outfest. Social media platforms like TikTok and Instagram are revolutionizing the reach of nonprofits, and now, with geographic barriers dissolving, outreach has become nearly limitless and support has multiplied. Despite the ability of both nonprofits and influencers to reach the furthest corners of the U.S. to unite audiences and supporters, the country still faces serious issues: systemic racism, sexism, and homophobia are a part of everyday life for millions—especially in the most densely populated places. And L.A. is no exception.

Meanwhile, a series of Supreme Court decisions that have been handed down this summer are threatening life as we know it. Though it is not yet clear if the court will roll back citizens’ rights further, Justice Clarence Thomas’s recent ramblings about what may come next certainly left some members of the LGBTQ+ community concerned. Outfest is already preparing for the worst; Navarro told LAMag that members of the organization saw this all coming.

“Oh, they’re coming after us? No shit. We’re now seeing that this has been a 50-year plan to roll all of this back,” Navarro said. “We can’t just sit back and expect that the powers that be are going to solve this for us; we legitimately have to get what we saw our ancestors do in really big ways and not just ‘share and like,’ but actually get out into the streets and form these large demonstrations of battling back,” he said.