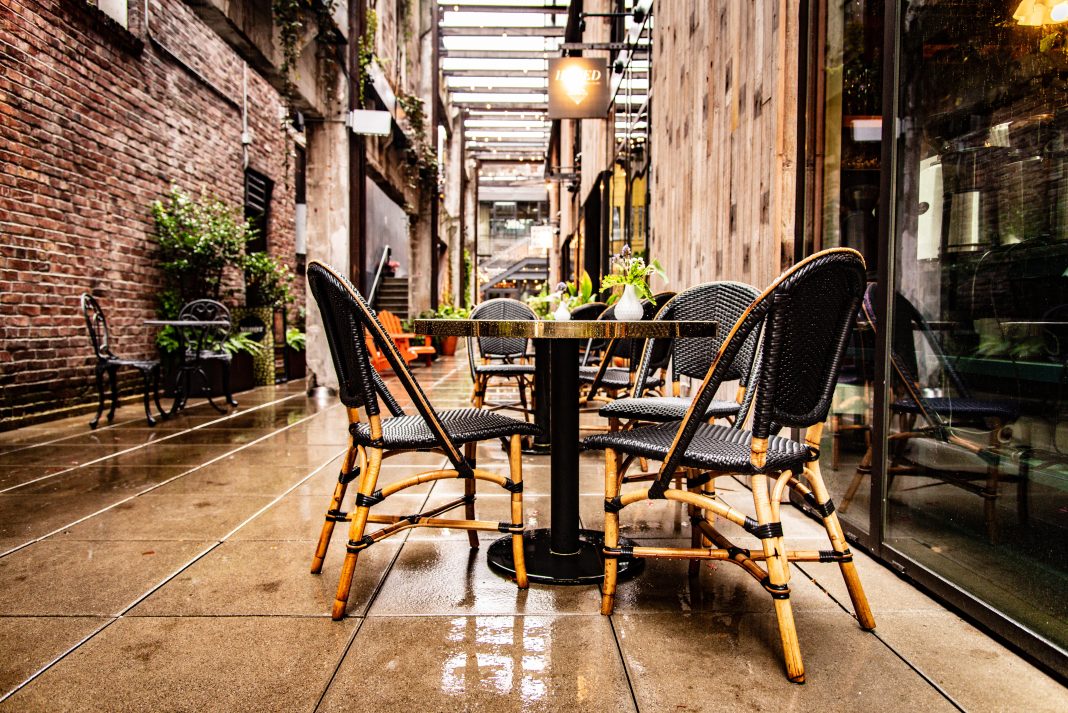 With a temporary shutdown of outdoor dining set to go into effect at 10 p.m. on Wednesday in Los Angeles County, business people, county officials, and industry groups are part of a growing chorus asking that the measure be reconsidered unless public health officials can provide evidence that in-person dining is contributing to a troubling spike in COVID-19 cases.

On Sunday, as virus cases and hospitalizations continued to skyrocket, the county Department of Public Health announced that all on-premises outdoor dining at restaurants, breweries, wineries, and bars would have to cease on November 25 for a minimum of three weeks. The announcement was a big blow to already-battered local restaurants, many of which invested in pricey, now useless outdoor dining setups—tables and chairs, tents, outdoor heaters.

On Monday, in a post on her website, L.A. County Supervisor Kathryn Barger said she would oppose the shutdown at Tuesday’s Board of Supervisors meeting.

“These proposed measures by the Department of Public Health will further devastate local businesses and employees who have been asked to shoulder an unfair burden this year,” Barger said. “Businesses throughout the County have invested thousands of dollars to ensure safety for their employees and customers only to be punished for the recent surge they have done everything in their power to prevent.”

Barger pointed out that, according to data provided by Public Health, between 10 and 15 percent of people who’ve tested positive in L.A. County have reported dining out with someone who tested positive, while 50 percent reported attending a private social gathering with someone who ended up being positive. Barger’s release argues that “by closing restaurants who are in compliance, the County may adversely incentivize residents to host and attend more private gatherings without safety precautions.”

On Twitter on Monday, fellow Board of Supervisors member Janice Hahn said she wished “[the board] could have figured out a way to put in more restrictions rather than completely shutting down dining.”

While I know our case counts are growing rapidly, I would have rather discussed this measure openly during our Board of Supervisors meeting so that the public could understand the rationale behind it. https://t.co/0mo949cstF

In a previous tweet she said, “While I know our case counts are growing rapidly, I would have rather discussed this measure openly during our Board of Supervisors meeting so that the public could understand the rationale behind it.” The Board of Supervisors is set to convene on Tuesday morning.

Meanwhile, the California Restaurant Association, a statewide industry advocacy group, announced Tuesday morning that it will seek an order in Los Angeles Superior Court to direct public health officials to “provide supporting medical and/or scientific studies and evidence that the operation of outdoor dining establishments poses an unreasonable risk to public health” and to stay the Wednesday shutdown.

“The recent order with no stated scientific basis from L.A. County singles out a specific industry and could jeopardize thousands of jobs,” California Restaurant Association president Jot Condie said in a statement provided to the media. “There are thousands of restaurants and many thousands more employees who could be out on the street right before the holiday season.”

Local mall magnate Rick Caruso also voiced concern about the fate of restaurant workers, and in a statement asked the county to suspend the shutdown until justification can be provided. “The impact to working class men and women who will be driven to unemployment over the holidays will be devastating,” Caruso said in a statement sent out on Tuesday. “As we walk or drive our neighborhood streets, we already see the thousands of small businesses and restaurants who have had to permanently close their doors. Government leaders must not only act to save lives, but also livelihoods.”

On Monday, L.A. County experienced its highest daily case count since the start of the pandemic, with 6,124 new COVID-19 cases. In addition to the outdoor dining shutdown, L.A. County Public Health Director Barbara Ferrer has warned that a “targeted safer-at-home order” could be on the horizon.