Home L.A.'s Great Parks From Archery to Mountain Biking, There’s an L.A. Park for Every Outdoor... 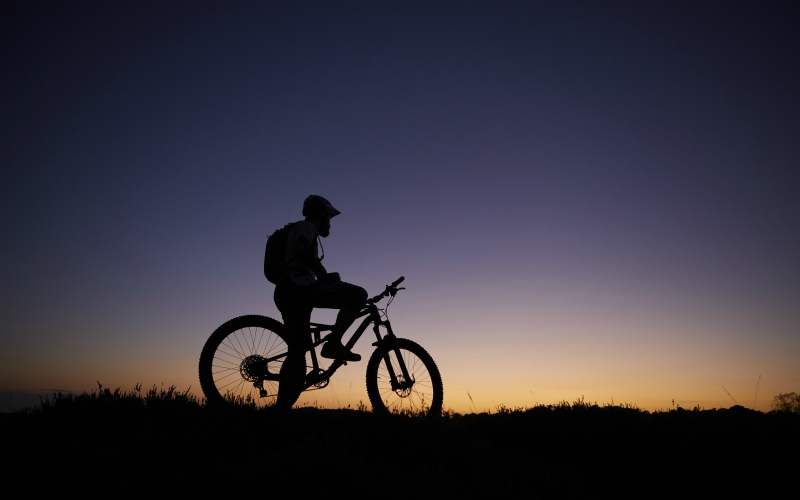 Mountain biking? Stargazing? Climbing? When it comes to outdoor activities, uh, yeah, Los Angeles has a park for that.

The Pasadena Roving Archers have been nailing bull’s-eyes in the Arroyo Seco since 1935, but they’re not the only arrow slingers in town. Van Nuys’s Woodley Park Archers draw their bows on an Olympic-quality range seven days a week and offer free lessons to the public on Saturdays and Wednesdays. 6350 Woodley Ave., Van Nuys

FOR THE WIMBLEDON CHAMP WANNA-BES

The city is packed with public tennis courts, but Griffith Park’s 12-court, pay-by-the-hour Vermont Canyon Tennis Complex scores big by serving up a nature-filled backdrop. Weekday mornings are best for quietude and seeing wildlife between sets, but if you lob one over the fence, you might need to retrieve it from a very large cat. 2715 Vermont Canyon Rd., Griffith Park

FOR THE ROCK STARS

If you’ve already enjoyed the view from Sandstone Peak in the Santa Monica Mountains near Malibu, consider a more vertical outing at nearby Echo Cliffs (accessible from both the Sandstone Peak Trailhead and the Mishe Mokwa Trailhead). A short hike and scramble deposit you beneath towering volcanic formations where you can choose from nearly 200 different sport-climbing routes. 12896 Yerba Buena Rd., Malibu

FOR THE THOUGHTFUL INSTAGRAMMERS

Malibu’s Charmlee Wilderness Park pairs ocean views with its springtime bounty, but this inland treasure holds its own in the wildflower department. The park’s hills turn Technicolor with California poppies and lupine, a jawdropping sight whether or not you’re doing it for the ’gram. 4500 Carbon Canyon Rd., Brea

FOR THE BOUGIE OUTDOORSMEN

Make like British royalty and take in a spot of the sport of kings. Athletes saddle up for matches at Will Rogers Polo Club in Pacific Palisades—the city’s last public field— most weekends between April and September (events are free.) Throw on your favorite wide-brimmed hat and settle in for a chukker or six. 1501 Will Rogers State Park Rd., Pacific Palisades

FOR THE ARMCHAIR ASTRONOMERS

Crowds normally flock to the Antelope Valley for the impressive spring poppy display, but it’s worth spending the night to crane your neck in the other direction. The park’s ultra-dark surroundings allow a view of a sky bursting with stars; set up a telescope on one of 37 first-come, first-served campsites, and get your Galileo on. 17101 E. Ave. J, Lancaster

FOR THE OCEAN EXPLORERS

Big Sur isn’t the only California locale featuring rugged coastline and stunning ocean views. This piece of paradise in Rancho Palos Verdes offers both, along with extensive tide pools brimming with a kaleidoscope of miniature marine life. You’ll see sea urchins, starfish, and anemones, but it’s an ecological preserve, so resist the temptation to paw or pocket any critters. 5970 Palos Verdes Dr. S., Rancho Palos Verdes

FOR THE AVIAN EXPERTS

Binoculars are a must if you want to get the most out of this avian wonderland in the heart of the Santa Monica Mountains. Nearly 600 acres of rolling hills, sprawling grasslands, and riparian woodland are prime territory for spotting raptors, buntings, woodpeckers, and other birds. 26800 Mulholland Hwy., Calabasas

Despite some patchy spots, this hidden oasis in Montecito Heights offers a surprisingly robust and secluded trail system complete with an idyllic pond and views of DTLA. There’s even a world-class Audubon Center where you can swap your ID or keys for a loaner backpack containing binoculars and a field guide for more bird-watching; add your own maps, water, and snacks. 4235 Monterey Rd., Montecito Heights

FOR THE BOSS BIKERS

This oak-lined glen in Agoura Hills is your launchpad for dirt-splattered, two-wheeled bliss. The canyon itself makes for a relatively chill, enjoyable cruise, but a spider web of connector routes—both fire roads and single-track trails— provides opportunities for steep climbs and rocky descents with a side of knockout scenery. 5792 Chesebro Rd., Agoura Hills