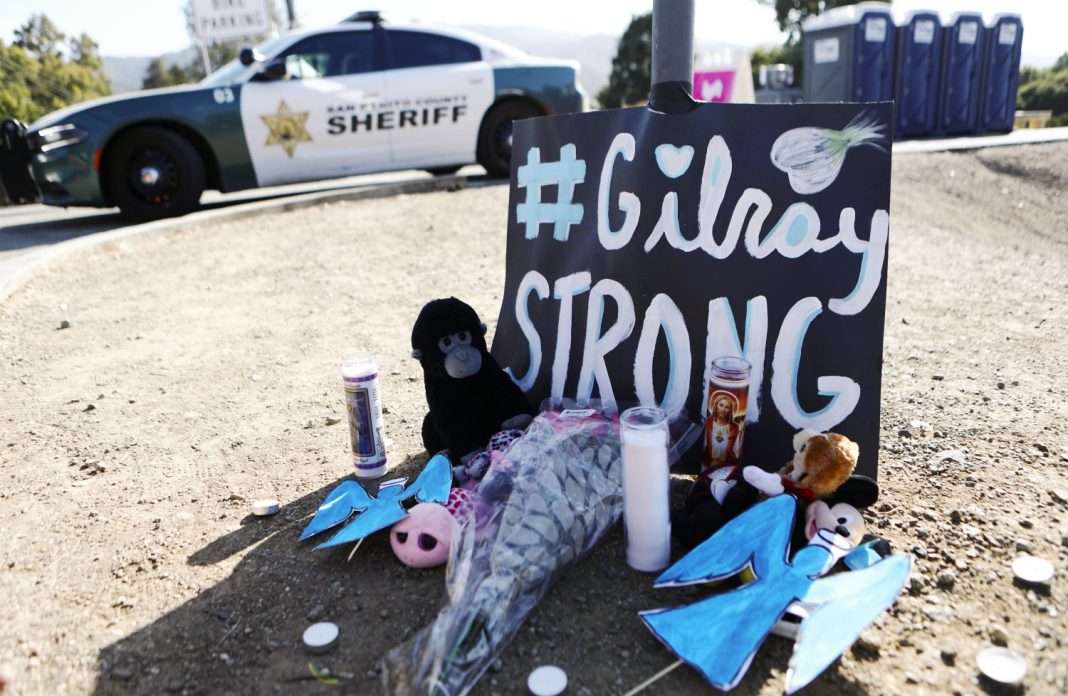 A 19-year-old shooter killed three people at the Gilroy Garlic Festival on Sunday: 6-year-old Stephen Romero, 13-year-old Keyla Salazar, and 25-year-old Trevor Irby. The suspect, Santino William Legan, is reported to have legally purchased his “AK-47 style” SKS rifle in Nevada less than three weeks ago, although it’s unlikely there was anything legal about how he brought the weapon here—and it’s a problem that’s plagued California for years.

Although California has some of the strictest gun control laws in the country, neighboring states like Arizona and Nevada take a far more lenient stance on who can purchase guns and how quickly they can do so, and California legislators have tried to regulate the flow of firearms coming here from outside, to limited effect.

Legan was killed by police and it’s not yet clear if his weapon is classified as an assault rifle under California law, but at 19 he was not allowed own any rifle in a state where the minimum age is 21; the legal age in Nevada is just 18. Still, unless Legan followed some stringent guidelines, the rifle should never have crossed the border in the first place.

In 2015, California passed legislation that would treat any firearm that is not an antique being brought into the state as if it was purchased in California. As outlined on a legal advice website, the statute, “prohibits California residents from buying guns out of state and simply driving home with them (or shipping them home). Now, the seller must ship to a licensed California dealer, who will treat the event like any in-state transaction, involving the waiting period, background check, and safety certificate. (Cal. Penal Code §§ 26840, 27540, 27545, and 27585.)”

The legislation, however, does not seem to have curbed the flow of out-of-state firearms. According to a 2017 U.C. Berkley study, “When gun shows are held in Nevada, gun-related deaths and injuries spike across the state line in California for at least the next two weeks.”

In fact, the study reveals that gun-related deaths and injuries, “show a nearly 70 percent increase […] in California communities within convenient driving distance of Nevada gun shows.” Meanwhile, “No spike in gun deaths or injuries was found following gun shows in California.”

Statistics indicate that most guns used in crimes in California are not purchased here. As the Sacramento Bee reports, “In 2016 and 2017, law enforcement recovered 80,561 guns in California. About 58 percent came from out of state. The No. 1 out-of-state source was Arizona, with 4,053 guns, followed by Nevada at 2,765.”