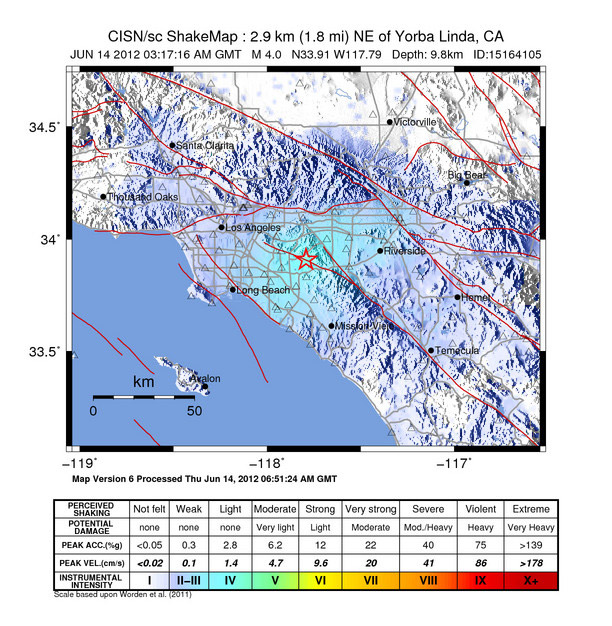 Last night’s earthquake in Orange County took a bit of a prestige hit this morning, as the U.S. Geological Survey downgraded the tremor from it’s initially reported magnitude of 4.1 to a lowly 4.0.

The quake struck at 8:17 p.m. at a depth of 6.1 miles near Yorba Linda, and generated four aftershocks in the area, two of which reached magnitude 2.4.

No related damages or injuries have been reported.

For more on temblors—like when the Big One is really coming and the best ways to prepare—read our L.A. Handbook on earthquakes.