Home Film A Look Back at When Olympic Auditorium Was a Boxing, Wrestling, and...

For more than 90 years, the corner of 18th and Grand has been dominated by the massive Grand Olympic Auditorium. The longtime sports center is now a Korean-language megachurch, but was built as a boxing arena in 1925. A new documentary film in the works tells the story of this landmark, and the boxers, wrestlers, punk rockers, and roller derby girls who used to call it home.

Professional boxing had been illegal in Los Angeles for more than a decade when voters repealed the law in 1924. Plans were immediately announced for a slew of new arenas, including the Olympic, backed by a group that included Los Angeles mayor William May Garland, who told the Los Angeles Times, “The City needs it. We all want it.” 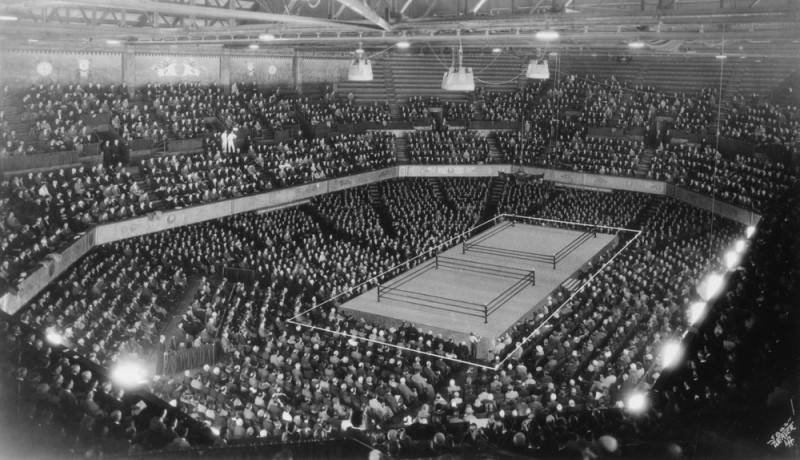 Architect Gilbert Stanley Underwood, known for his glorious Ahwahnee Lodge in Yosemite National Park, designed the space as a boxing arena and convention center, but one that could also accommodate opera and ballet. More than 15,000 cheering patrons packed the opening night bout on August 5, 1925.

The hall hosted the boxing, wrestling, and weightlifting competitions of the 1932 Olympic games and thrived as a sports venue with deep roots in the Spanish-speaking community of Los Angeles into the 1980s. Glory Church of Jesus Christ took over the property in 2005.

Director Steve DeBro has been working on this film for years. Go see the rare footage and treasures he has unearthed from this fading sports mecca while listening to the voices of the Angelenos who were there.

RELATED: How the 1984 Olympics Defined California Cuisine in the Eyes of the World