Home Uncategorized Off With Their Heads: A Primer on Execution at The Museum of... 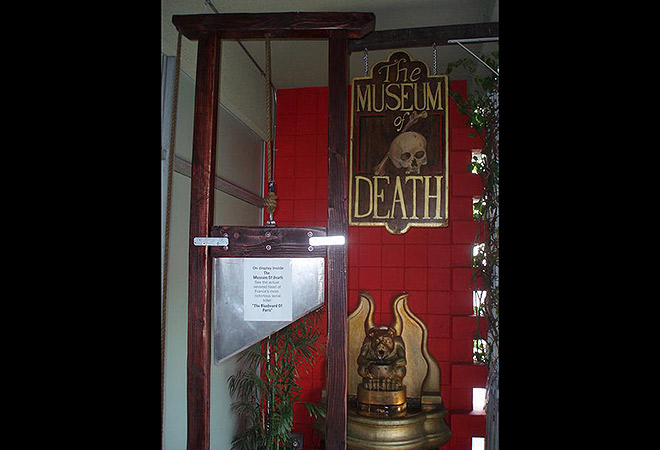 This week, Richard and Kim broach the morbid with Cathee Shultz, who with her husband J.D. runs Hollywood’s Museum of Death. She jumps right into a gruesome topic of discussion: beheading. “The executioner can keep a trophy,” she says, “sometimes it would be ears [or] noses, and sometimes they would keep the entire head.” Yikes.

In this exclusive clip, the two also chat with Bob Adjemian, the managing editor of the Vedanta Press, who sheds light on writer Christopher Isherwood’s influence on a certain translation of the Bhagavad Gita. Listen on to learn more…