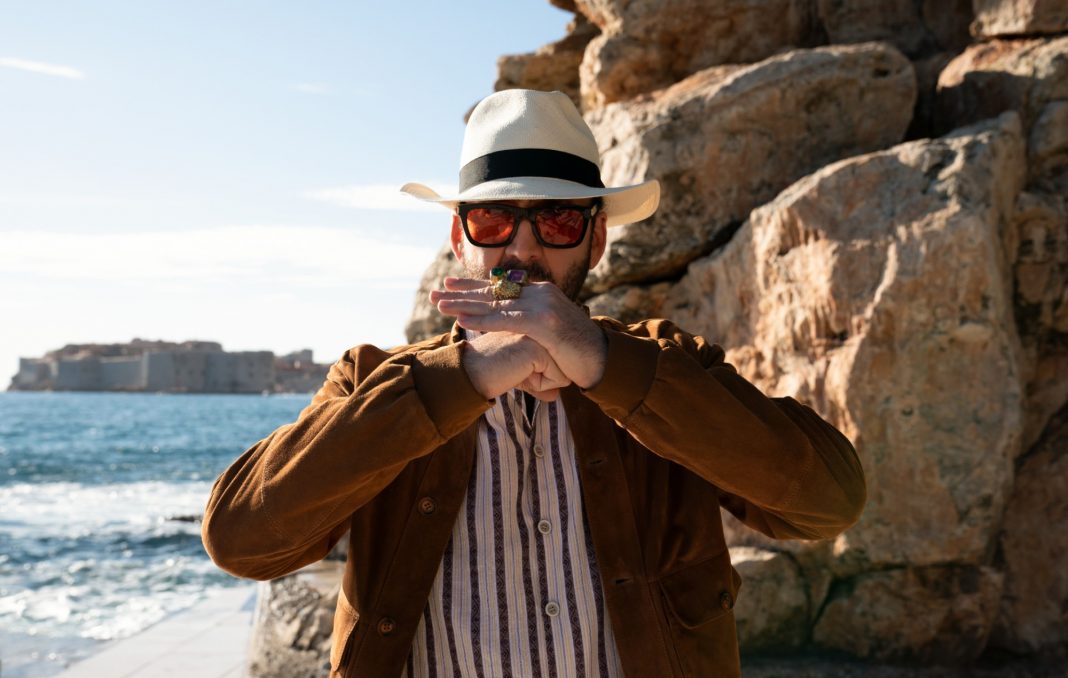 More than two years ago, when word got out that an upcoming movie called The Unbearable Weight of Massive Talent would star Nicolas Cage playing an even more bizarre version of Nicolas Cage based on script written entirely without the knowledge of Nicolas Cage, Los Angeles boldly predicted that it would, “Either Be the Greatest Film Ever Made or a Spectacular Disaster.”

And we were right!

Cage has accomplished a feat greater than any mere E.G.O.T., nailing a perfect score at Rotten Tomatoes Wednesday on the back of the comedy’s premiere at this year’s South by Southwest festival in Austin.

Of course, that 100 percent fresh rating is only the critics’ score, and there were just 19 of those calculated by Wednesday afternoon. And, of course, it’s certainly possible that when audiences start weighing in the scores will prove as unpredictable as Cage’s ability to pick great movies. But, for now, everything is coming up Nic Cage.

“Sticking Cage in a plotline straight out of one his action films like Gone In 60 Seconds or National Treasure could easily begin to feel like a gimmick, but the filmmakers pull from every corner of his filmography to craft something transcendent,” RogerEbert.com’s Marya E. Gates writes in her 3.5-star review.

As for Cage’s co-star—if such can be said of any man—The Mandalorian‘s Pedro Pascal “not only matches Cage’s intensity but enhances it with his own massive talent for scenery-chewing,” says Laura Bradley at The Daily Beast. But why are we talking about Pedro Pascal?

“Cage playing a version of himself makes for a unique meta-comedy featuring no shortage of poignant moments and riotous gags that’ll deepen your appreciation for his work,” raves Bloody Disgusting’s Meagan Navarro.

As with many things Nic Cage, the very existence of The Unbearable Weight of Massive Talent is practically a miracle. Co-writers Tom Gormican and Kevin Etten never meant for the screenplay to be seen by anyone who might actually buy it. Instead, the pair wrote Unbearable Weight as a sample script to drum up interest in their other work when they first sent it out in 2019.

It wasn’t until people started talking about the screenplay that the duo actually considered sending it to the man himself. When they did, Etten and Gormican included a note to Cage assuring him that it was not a mockery, but an homage.

“The Unbearable Weight of Massive Talent is a Glorious Homage,” declares Drew Tinnin at Dread Central. “This could easily be called Nicolas Cage’s best performance because, really, it’s every performance bottled into one.”

Hollywood Heat Index: Nic Cage Hot, Cardi B Not (And, How Bank of America Landed A Spot)

Scene It Before: Ben’s Apartment from National Treasure