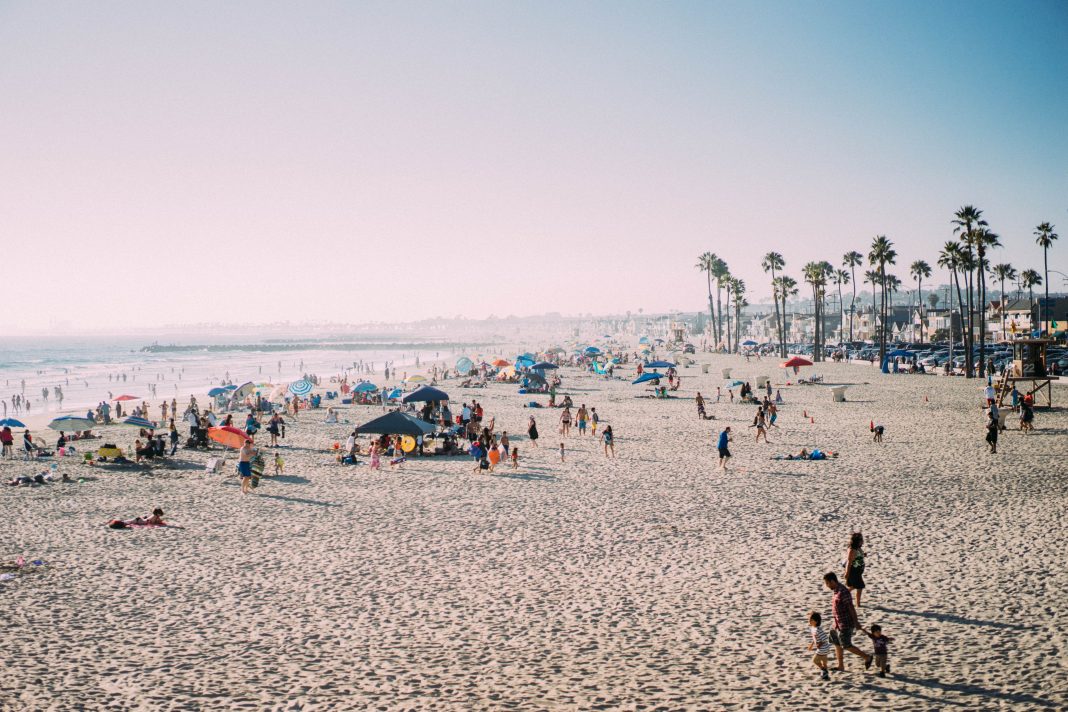 Images of last weekend’s crowded beaches in Orange County made their way to Sacramento–and state officials were not amused. At a briefing on Thursday, Governor Gavin Newsom announced that the state will be taking what he describes as a “very targeted, very focused” action to step in to enforce a full O.C. beach closure, regardless of any hesitation to do so by local authorities.

“A few coastal cities around the Orange County area are a point of particular concern. We’re going to make a ‘hard close’ in just that area,” Newsom said, surprising some who had speculated that today’s mandate would close every beach in the state, based on a law enforcement officer’s memo that leaked on Wednesday night.

“It’s crystal clear they were, unfortunately, not able to provide the physical distancing,” Newsom said, explaining why O.C. beaches would be targeted for state closure when other counties are being allowed to regulate locally. “You know that, everybody who saw those images with their eyes, we know.”

The governor noted that the county ranks in the top four in California for per capita infections, even with a lag in testing capability which could reveal many more cases. He also raised the concern that, because of beach closures in neighboring counties like Los Angeles, people are reportedly traveling to O.C. beaches, mingling on the sand, and then dispersing back to their communities, potentially carrying the virus with them.

Newsom positioned the beach closure as part of his efforts to reopen California’s economy, saying the action was intended to be short-term, designed to keep the state from back-sliding on progress to get a handle on the COVID-19 outbreak.

While some local leaders in Orange County had already moved to close or restrict access at city-run beaches in the county, other officials appeared to bristle at the governor’s intervention.

“I’m hoping the governor can cite some valid reason under case law to be doing this to cities,” San Clemente Mayor Pro Tem Laura Ferguson told the Los Angeles Times. “Because, in my opinion, it appears to be government overreach. Local beaches are under the control of the cities, not the state.”

Others argued that last weekend’s conditions were not as dire as Newsom described. The police and fire chiefs of Newport Beach released a joint statement on Facebook on Thursday saying that, while they acknowledged that images of people not behaving safely had been circulated, they believed most beachgoers were following safety protocols.

“It was our personal observation, and that of our officers, that the overwhelming majority of Newport Beach residents and visitors were families or practicing social distancing,” the statement reads.