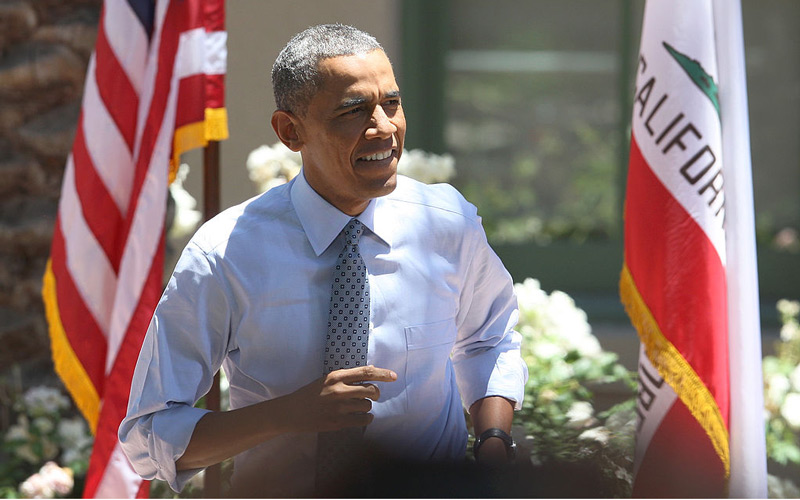 Los Angeles is showing some love to former president Barack Obama with the renaming of a 3.5-mile stretch now known as Rodeo Road. The announcement of the switch came last summer, but on May 4, the new name becomes official.

To celebrate the big name change, the city is staging a free street festival from noon to 6 p.m. on the 4th, on the spot where Obama Boulevard intersects with Martin Luther King Jr. Boulevard. Expect music from B.J. the Chicago Kid, Kurupt, and Doug E. Fresh, food trucks and, at 5 p.m., a formal unveiling of the new street signs. Mayor Eric Garcetti, Representative Karen Bass, and L.A. City Council President Herb Wesson will be on hand for the ceremony.

“I’m thrilled that Los Angeles will be home to Obama Boulevard,” Wesson told KCAL 9. “Our history is important and this is one way that we will ensure that America’s 44th President’s legacy is shared for generations to come for Angelenos and visitors alike.”

Obama Boulevard will technically be the second street in the city named after 44. A portion of State Route 134 was designated as the President Barack H. Obama Highway in late 2018.

RELATED: Get to Know the L.A.-Born Artist Who Created Barack Obama’s Official Portrait