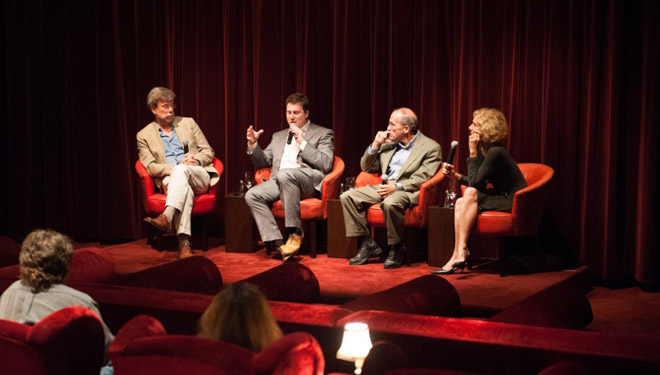 The election may have been last Tuesday, but to us, this is the true morning after–when the Sunday pundits have finally gone breathless, the Sunday papers have stamped their “last word” on the outcome of the day, and the rest of us can quietly evaluate the impact of what went down. Despite Nate Silver’s stellar analysis, lots of genuine surprises did occur last week, so we thought we’d ask Ben Smith, Buzzfeed editor-in-chief, to share a few. Practically no one is media has weighed in as much as Smith on one of the most partisan fights for the White House yet. Just days before hurricane Sandy wrecked its havoc on the East Coast—and the course of Romney and President Obama’s final days of campaigning—Los Angeles magazine co-sponsored a frank political discussion at the Soho House in West Hollywood with Smith (who had just announced the opening of Buzzfeed‘s L.A. bureau), New York Times L.A. bureau chief Adam Nagourney, political consultant Bill Carrick, and Los Angeles columnist Anne Taylor Fleming, who moderated the group. The president’s shaky performance in the first debate was a main topic, as was the efficacy of damning political ads about the auto bailout and Bain Capital that had been playing nonstop in Ohio and ultimately, thought the panelists, would help secure the state for Obama. Here is what surprised Smith the most about last week:

2. Real Republican Denial: “I was surprised that some Republicans, reportedly including Romney, were surprised to lose,” says Smith. “All the public polling pointed this way.” (His aides reportedly referring to him as “President Romney” in the days before the election probably didn’t help.)

3. The Electorate is Changing Colors: “Obama won Virginia,” points out Smith, and “North Carolina was so close. The map is clearly changing.” (Unless Karl Rove is the cartographer, that is.)