Home Well-Being How Not to Catch the Measles 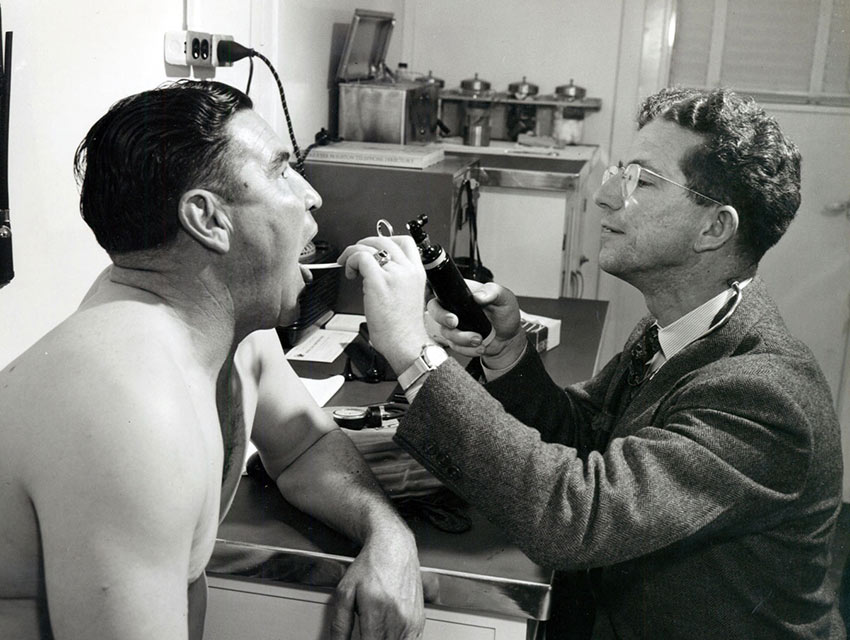 The measles outbreak has made its second stop in West L.A.: A baby enrolled in daycare on the campus of Santa Monica High School this week became the most recent patient to be diagnosed with the disease, causing a quarantine to be placed on 14 infants who also attend the daycare center on Monday. At less than 12 months old, the infected baby is too young to have received the measles vaccine.

The SMHS campus was already on high alert since a school baseball coach was diagnosed with measles about a week and a half ago. The coach had contact with about 70 students, all who are reportedly all up to date on their immunizations, according to the Los Angeles Times.

This measles outbreak has infected 108 people so far—92 in California across 10 different counties—and is believed by public health officials to have originated at Disneyland in mid-December.

With the measles on the move, we reached out to infectious disease expert Dr. James Cherry, a research professor at UCLA’s David Geffen School of Medicine, to find out what Angelenos should do to keep the infection at bay.

Consider getting vaccinated. Again.
The vaccine is 99% effective at preventing measles, according to Cherry, but that’s only true for people who have had the recommended two doses. For adults who’ve received only one dose of the vaccine, there is still a 5% chance of coming down with the measles when exposed to the virus.

Not sure how many doses you’ve had? A blood test can be used to determine if your body has the right antibodies to fight off the disease but Cherry says getting another vaccine is safe, even if it’s your third.

For younger children who are traveling, Cherry recommends vaccinating babies as young as 6 months, and following up with a second dose about six months later. (California law requires that children receive two doses of the vaccine to enter kindergarten unless they have a medical excuse or the vaccine conflicts with the beliefs of their parents.)

Look out for flu-like symptoms, plus a nasty rash.
High fever, sneezing, and coughing are all signs of the measles, but the real tell is a distinct rash that can occur four days after those symptoms have begun. Cherry also says to keep an eye out for white dots on the inside of the cheeks, a symptom unique to measles that can pop up two days before the rash appears.

Give the doctor a call—but don’t pay them a visit.
Don’t just show up at your health care provider’s office. Since measles predominantly spreads through droplets from sneezing and coughing, your doctor may want to make special arrangements for you to bypass the waiting room and avoid contact with other patients when being seen.

Keep on keepin’ on.
If your immunizations are up to date the risk of infection is very low, says Cherry, and so venturing into crowded locations should be safe. High-risk patients, such as those who are immunocompromised and young babies, should still be extra careful over the next few months.

“Right now we have such a low level of overall immunity because of non-vaccinated people,” says Cherry. “My guess is that this won’t slow down until we increase overall immunity.”