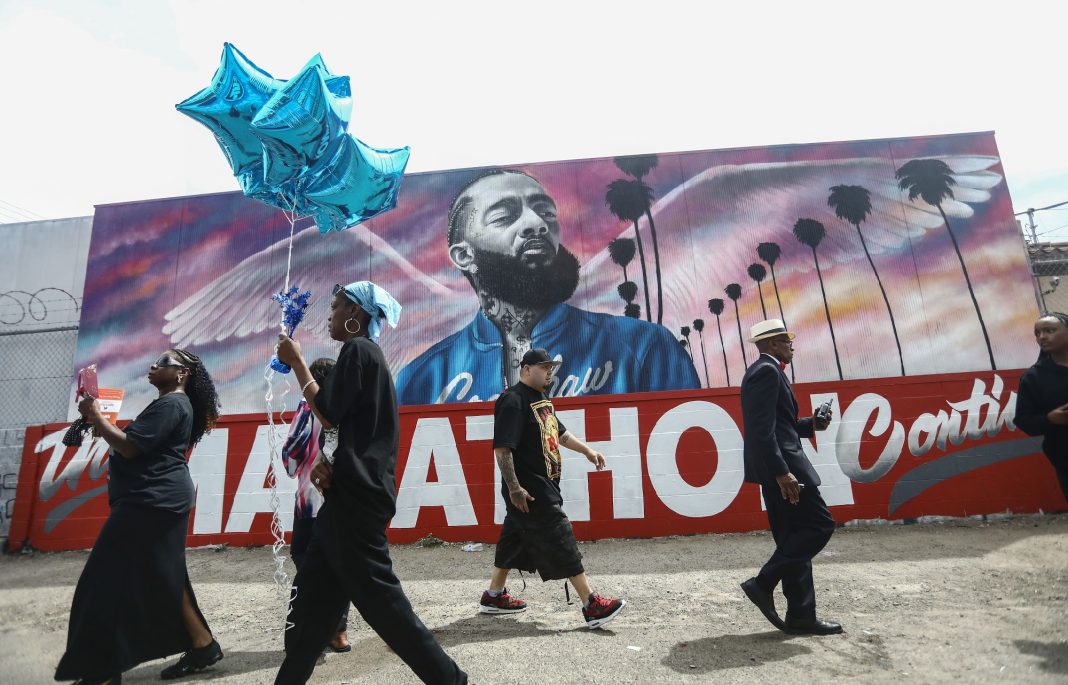 A fence has gone up at the shopping plaza at 3420 West Slauson Avenue, the property purchased by Nipsey Hussle and his co-investors just weeks before the rapper and entrepreneur was killed. According to an announcement by Hussle’s widow, Lauren London, the fencing is part of a process to redevelop the property into what will be known as Nipsey Hussle Tower.

Hussle and his partners announced in February that they had purchased the shopping center where his The Marathon Clothing shop had been renting a storefront space. Along with his principal business partner, David Gross, Hussle envisioned eventually tearing down the plaza and replacing it with a six-story mixed-use structure combining ground-floor commercial spaces with new residential apartments. As Forbes reported at the time, an updated Marathon Clothing flagship will be the “anchor tenant” of the new development.

“My office will continue to support Nipsey Hussle’s family and team with our shared vision for an incredible development in the heart of Crenshaw that puts the community first and serves to honor Nipsey’s legacy of reinvention, perseverance and community investment,” city councilmember Marqueece Harris-Dawson wrote in a statement released to press about the construction project.

RELATED: A First Look at the Clippers’ New Inglewood Arena