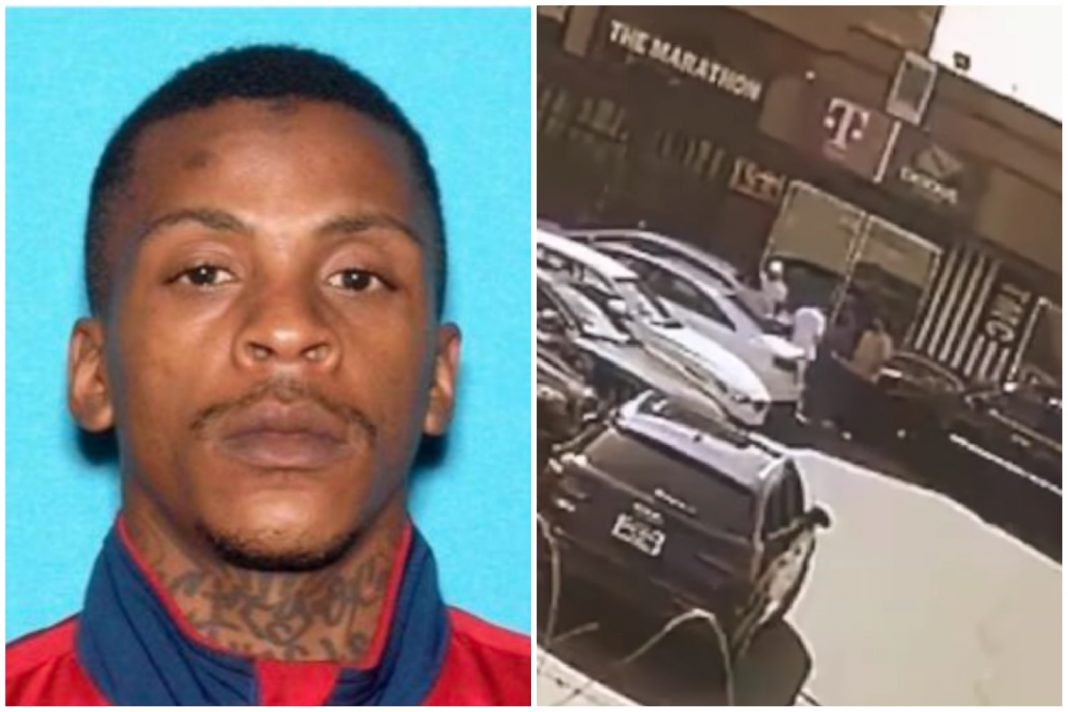 UPDATE: Suspect Eric Holder was arrested in Bellflower on Tuesday afternoon and is now in LAPD custody.

Eric Holder, the suspected killer of Nipsey Hussle, has been arrested and is in police custody. Thank you to both our community for the heightened awareness/vigilance, and our partners at @LASDHQ. pic.twitter.com/0zujy89Yfm

More than a dozen people were injured last night when a vigil outside slain rapper Nipsey Hussle’s Slauson Avenue clothing store ended in chaos. Video from the scene shows a stampede of mourners rushing away from the store and toward the street, though it isn’t clear what caused the panic. Initial reports that shots were fired haven’t been substantiated, but the Los Angeles Fire Department reports that 19 patients were transported to the hospital, many with “trample injuries,” one with a penetrating traumatic injury, and one who was apparently hit by a car.

The evening ended with the LAPD pleading for people to disperse from the area—”We understand the community is mourning and we feel your loss,” they said on Twitter—and later asking for the community’s help in locating who they’ve identified as a suspect in the March 31 shooting.

According to a press release, the person believed to have committed the shooting is 29-year-old Eric Holder, who was last seen fleeing the scene of Hussle’s shooting in a white Chevy Cruze (California license plate number 7RJD742) with an unidentified female behind the wheel.

Eric Holder is wanted for Homicide in the shooting of Nipsey Hussle. He was last seen in a 2016 white 4 door Chevy Cruze CA license plate 7RJD742. Anyone with information related to his whereabouts or this deadly shooting is urged to contact South Bureau Homicide at 323-786-5100 pic.twitter.com/3pX4fbezDs

According to the coroner’s report released yesterday, Hussle—born Ermias Asghedom—died from gunshot wounds to the head and torso. Based on surveillance video from the scene, the shooting took place at extremely close range.

RELATED: Nipsey Hussle Had a Vision to Make His Community—and the World—Better