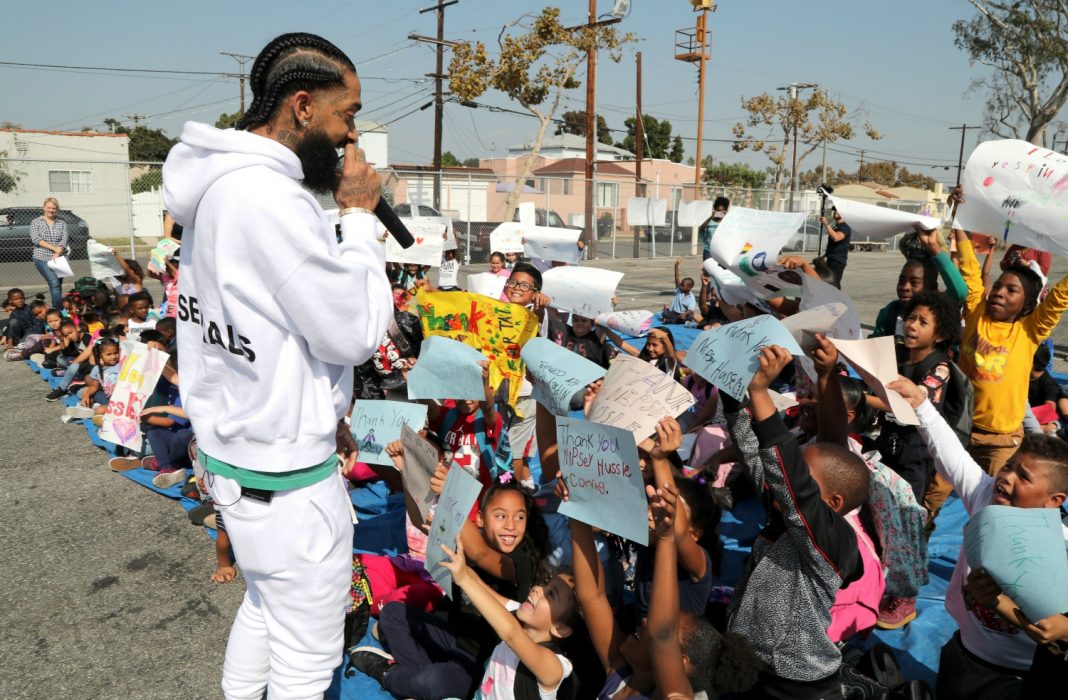 Nipsey Hussle was being investigated by the Los Angeles Police Department and the City Attorney’s office at the time of his death in March–and even now, months later, the investigation remains on-going, according to new reporting by The New York Times.

Among the revelations is that, when Hussle was renting his storefront in the complex at the corner of Crenshaw and Slauson, city officials actively pressured the building’s owners to evict him. Hussle regularly employed formerly incarcerated people to work in the store and offered help as they re-entered society; police expressed concern to the landlord about the potential for gang members to congregate at the location. Rather than evict Hussle, the landlord sold the complex to him and his co-investors.

When Hussle was shot outside that same store just months later, city and state officials came out to praise him for his efforts to better the community. Hussle had been working to encourage peace and economic development in South L.A.

That split between public comments and behind-the-scenes police work may demonstrate two different approaches to addressing the reality of urban gangs. While top-level leaders embrace people like Hussle as exemplars, some in the LAPD–particularly many rank-and-file officers, the Times notes–remain of the mind that once a person is associated with a gang, there’s little room for change or nuance.

“I think this goes to the complexity of the problem of gangs, gang membership and gang congregating,” UCLA professor Jorja Leap told the Times. “Someone can be a hero, someone may also have a past. Neighborhoods can want zealously to have public safety and public gathering places. But for better or worse, that may or may not include gang members.”

Because the investigation into Hussle remains open, this may not be the last we hear about the case. The city could still bring some kind of legal action against Hussle’s business partners or others.

RELATED: Nipsey Hussle’s Fans Reflect on What He Meant to Them and L.A. South of the 10