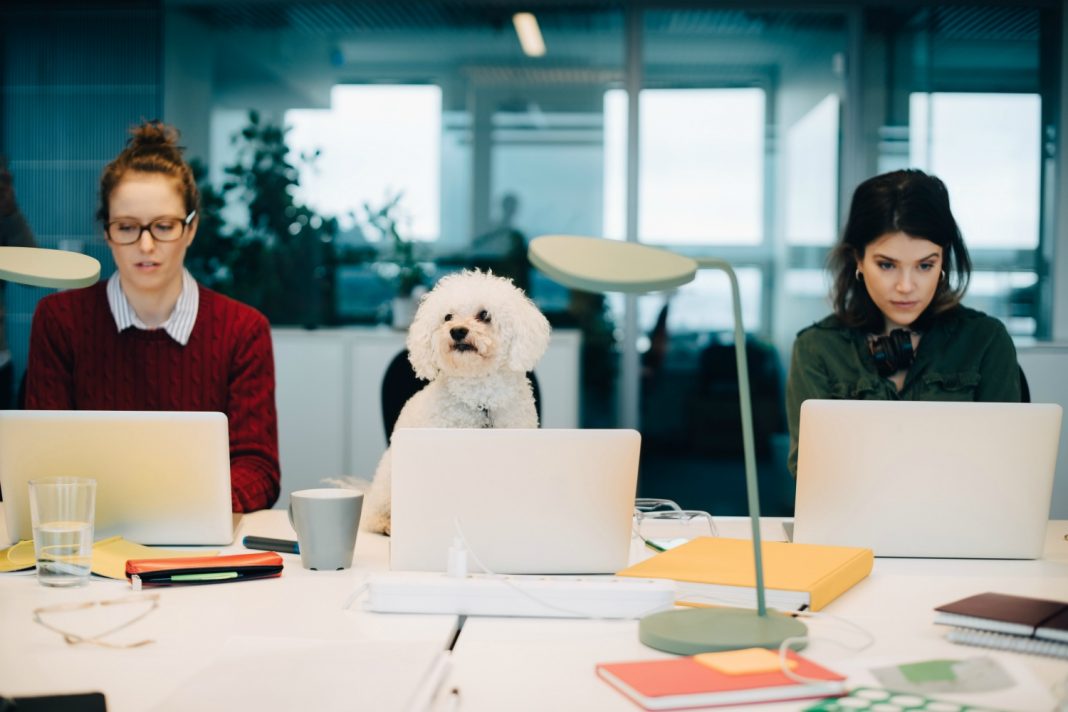 For those who love a good, Sonos-soundtracked office space with bountiful cucumber water, L.A. has hum-drum coworking options in nearly every neighborhood. But in this vast metropolis, some subcultures—like gamers, vape dealers, Christians, dog devotees, and harried writers—need specialized spaces of their own, which go way beyond the basics. Here we detail some of the weirdest and most interesting.

PodShare is a live and work community whose goal is to “end world loneliness.” So-called “Podestrians” work and sleep in the same spartan, dorm-like room, where sex is verboten but perks are plentiful, including full-sized kitchens and individual TVs, all for around $40 to $50 a night. Founder Elvina Beck pre-screens all applicants for safety purposes, and some are so grateful for admittance that they tattoo themselves with the Podshare logo, which you could view as quirky or culty.

This converted Spanish Colonial on West 3rd near the Grove was once owned by the costume designer Rita Riggs, stylish dresser of Alfred Hitchcock and Norman Lear. Today, it caters to industry professionals and “innovators” with eclectic programming, like free massages, CBD-infused brunches and choral concerts. Community membership starts at $100 a month, but use of the space will cost you $250.

Blocked? Lonely? Religious? Epiphany Space offers a “collaborative and encouragement space” in Hollywood for artists who have lost touch with themselves (and God.) Founded by an energy healer and pastor named Melissa Gibson Smith, the shared office near Capitol Records features the usual complimentary espresso and quiet spaces, as well as the opportunity to network with fellow religious folks. It’s also relatively cheap—just $15 for the day or $150 a month.

Glitch City is a 24-hour coworking space near Culver City that caters to indie game developers, including the folks behind Dream Daddy (a queer dad dating simulator) and Donut Country (a game funded by Annapurna Pictures where you cosplay as a sinkhole.) Members seem very quirky, with one describing himself as a “philosopher monk,” and another who is a self-professed expert in “botanical tadpole habitat and amphibian art.” Desks at the space, which features big skylights and a communal kitchen, cost $300 a month.

As the name would suggest, this otherwise standard co-working space encourages visitors to bring their doggos. However, staff will not pick up after your dog, nor allow any dog that is super neurotic or bark-y. That said, according to a polite receptionist, you can expect to work alongside “around three to four dogs” every day. Round the clock access to their Chinatown digs will cost you a steep $275 a month.

Move over, Insomnia Cafe. Get better lighting, Bourgeois Pig. There’s a new L.A. establishment for writers on deadline. The Hatchery Press in Larchmont has nearly every amenity a scribe could yearn for, including free printing and copying, lending libraries, loads of board games, complementary Kind bars, a rooftop deck and a deadline room for clearing out distractions and forcing that draft into existence. Full-time membership starts at $245 a month.

The first co-working space in L.A. dedicated to those who work in the cannabis industry, Paragon in Hollywood offers the usual meeting rooms and communal areas as well as some odd ball perks, like refreshments that can be purchased via cryptocurrency and a range of cannabis-themed events. (Smoking the stuff is only allowed in the grassy outdoor courtyard.) The space was founded by a former beauty queen and counts Snoop Dogg as a member. Membership starts at $449 a month.

Designed for “entrepreneurs and creators in tech, media and entertainment, this sprawling building near Culver City offers a giant green screen studio (for an additional $650 a day), a digital protector for film screenings, showers and lockers, call booths, a fully-stocked kitchen and “self-serve coffee and alcohol.” A roving desk can be yours for a mere $325 a month.

The Wing Is Finally Open in L.A.—Here’s What You Need to Know