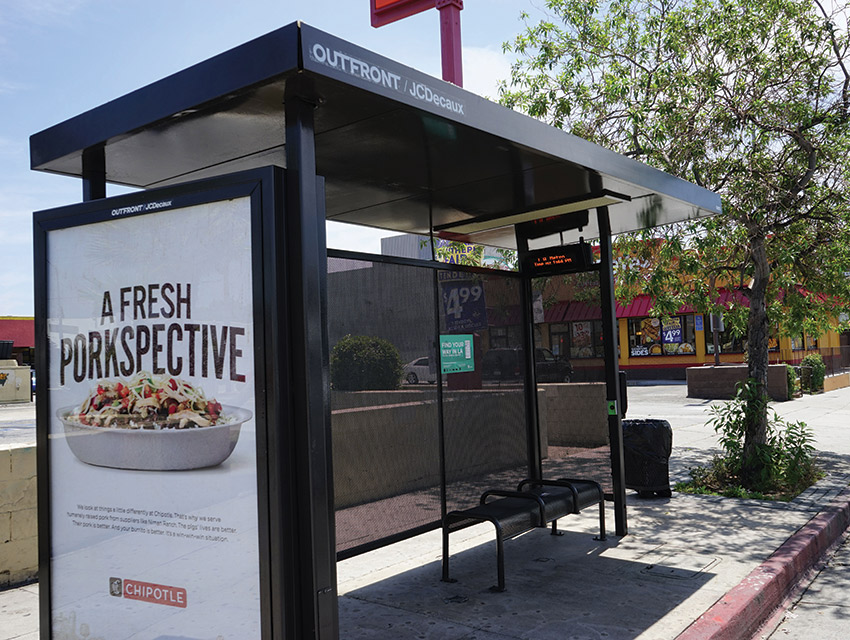 One way to make bus riding better? Build  bus shelters. In December Santa Monica finished installing 206 more of its signature stops. With disklike parasols, low-backed metal stools, and Wi-Fi, they win for being the most stylish, if not the most practical.

In L.A. more than 800 stops lack shelter, according to a KPCC report. The city signed on with an advertiser in 2001 to build 1,000 shelters over 20 years, but complaints about street advertising helped stifle the permitting process.

Thirteen of the 15 thoroughfares that are part of City Hall’s Great Streets initiative have received  bus benches with solar-powered USB ports. By year’s end, all 15 streets should feature something even better: actual shelters with realtime bus information, charging ports—and shade.

Can a Rapid Transit Line Save Messy, Perilous Vermont Avenue?