Home Uncategorized New York vs. L.A.: Is Our City a Better Place for Women... 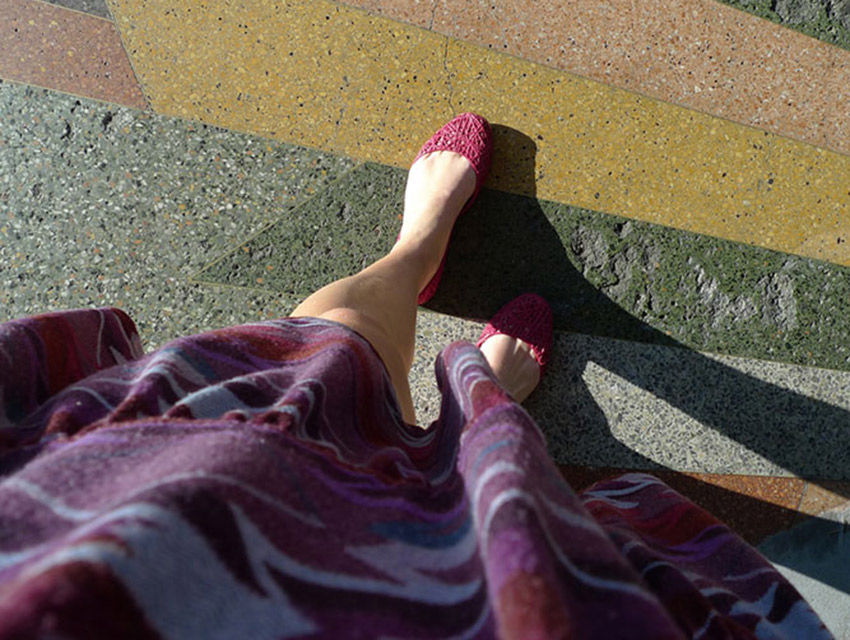 By now you’ve undoubtedly seen the video featuring a woman walking through New York City, where she endures more than 100 instances of street harassment in 10 hours. You also may have read the criticism of the video (as many people pointed out, almost all the men shown in the piece are non-white) and watched the inevitable parodies (including one featuring Princess Leia). But as I scrolled through the various Facebook threads and Twitter conversations sparked by the video, one comment in particular, from a fellow Angeleno, stood out: “Eh, this is a New York thing.”

Is it? Stereotypes about street life (no one walks in L.A., so no one gets harassed while walking) or greater assumptions about urban culture (it’s part of New York’s brusque attitude, deal with it) abound. But as someone who walks more miles alone in this city than any other female I know, I decided to look carefully at my own experiences on the sidewalks of Los Angeles over a two week period. While I didn’t walk for 10 hours a day, or film myself with a hidden camera, I rode buses and trains, walked blocks all over the city, day and night, and jotted down every instance where I heard unsavory comments, was approached by men, or generally felt uncomfortable. I should offer a disclaimer here: I’m seven months pregnant. It’s possible people were more respectful because of my bump or that it helped ward off unwanted exchanges, but my experience of walking over the last two weeks did not differ noticeably from my experience of walking before I was pregnant or showing as I recall it.

Here’s my data: I never once felt uncomfortable. I noted a handful of comments, not necessarily catcalls, rather mostly hellos. I usually said hi back. The most common interaction I had on the street? Men who complimented my shoes. This happened three times in the past week.

This is not to say that I haven’t had my share of unwelcome advances while walking in my 13 years in Los Angeles. I once had my iPhone stolen out of my hands on the Blue Line. I have had experiences when men reached out to touch my hand or shoulder or tried to put their arm around me. I’ve heard plenty of comments from men, comments which I can usually ignore but don’t always brush off so easily. I’ve also been made extremely uncomfortable by women who have yelled at me on the street. Harassment, by definition, doesn’t have to be sexual.

But back to the “New York thing.” While walking around during these weeks I did think density may have something to do with how women on the street are treated. It’s probably easier to say something nasty under your breath on a crowded, anonymous New York street than it is when you’re one of two people on an L.A. city block. I do have my own geographic bias; the places I walk in L.A. are largely safe and well-lit and thus may not attract the same kind of behavior you’d see on certain New York streets. But I wouldn’t say my experience has anything to do with “good” or “bad” neighborhoods. In fact, the one time I as verbally harassed to the extent experienced by the woman in the video didn’t happen to me in either L.A. or New York—it happened in Italy, even while I was walking alongside my husband.

Two weeks after starting to document my travel with the issue in mind, I’m more interested in hearing what other women in L.A. feel and think about walking while female. What have your experiences been with street harassment? And how do you cope with them when they happen? I’d like to hear your stories about feeling safe while walking in our city—or any city. Because calling it a “New York thing or an “L.A. thing” doesn’t really help when we’re all trying to find solutions to the same problem.