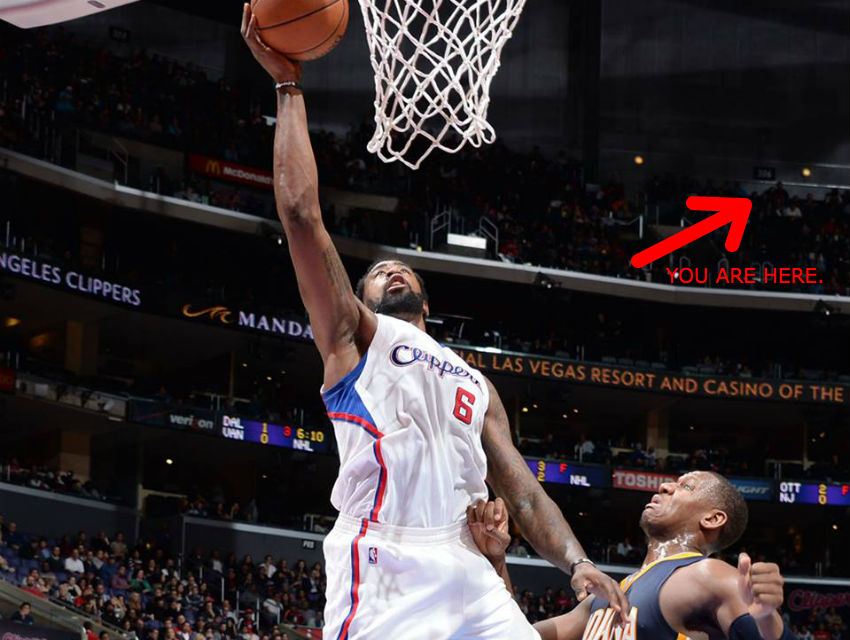 Are you broke? Have you somehow found yourself without New Year’s Eve plans? Are you a fan of L.A.’s real basketball team? (Zing!) Then get yourself over to the free section of Cragislist, where an incredibly generous woman or man is giving away eight tickets to tonight’s Clippers vs. Knicks game at the Staples Center. The ticket holder bought the seats as a family Christmas gift, which clearly didn’t go over well (according to the listing, they’ll all be spending the holiday in San Diego). Their loss could be your gain—although the ad writer admits that the tickets are in the “noise bleed” section, so bring some earplugs. Or binoculars. Probably both.

It may not be the fanciest way to ring in 2015, but at least you know the beer will be cold.

The Best New Year’s Eve Parties and Celebrations in L.A.