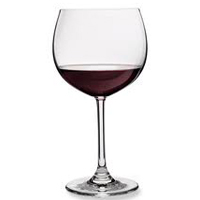 We love infographics—don’t you? So much to look at!—and we are always interested to hear about the L.A. dating scene from our Los Angeles magazine dating site partner How About We. So we were extra intrigued when we stumbled across this new report on “America’s Drunkest Singles.” The graphic, titled “Love & Libations,” charts how much unattached people think they’re drinking.

Los Angeles ranks ninths amongst light drinking U.S. cities, while Las Vegas tops that list. (We do like being “light,” don’t we?) Washington D.C. singles are apparently the most loaded in the country.

The chart has other interesting factoids, too—like that atheists drink more than their religious counterparts and slightly more women identify as heavy drinkers than men. But hey, there’s no accounting for self-awareness.

What do you think, do the local statistics seem right to you? Let us know in the comments section below.