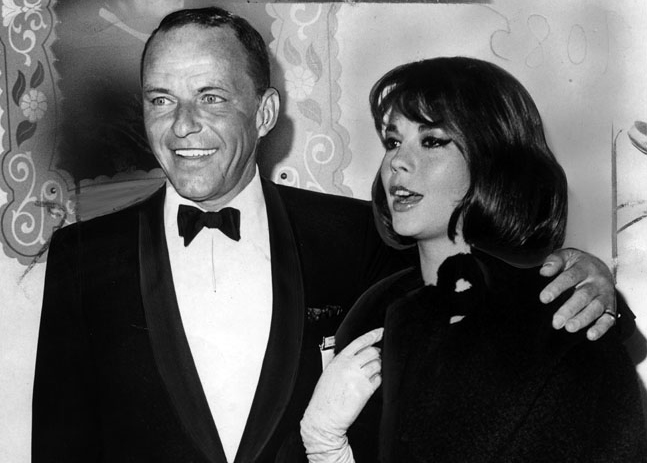 The drowning death of actress Natalie Wood has never been fully resolved, even decades later. What really happened that night when Wood, her husband Robert Wagner, friend Christopher Walken, and a boat skipper, floated off Catalina Island has remained a Hollywood mystery. Earlier this year, local authorities revealed they had formally changed the listed cause of death to “undetermined factors” and listed Wagner as a person of interest in the case.

Since then, we haven’t heard much–but a new podcast, launching today, on what would have been Wood’s 80th birthday, aims to fill in some gaps. “Fatal Voyage: The Mysterious Death of Natalie Wood,” follows investigative reporter Dylan Howard as he attempts to chase down hidden details, uncover new reports, and even offer some evidence that might suggest a conspiracy inside the Los Angeles Sheriff’s Department.

We spoke with Howard, who also acts as narrator and executive producer on the show, to learn more about what listeners can expect.

Why do you think so many of us have been drawn to true crime podcasts of late?

True crime podcasts uniquely resonate because of both the intimacy of the medium as well as having the time to truly explore every angle and theory. Murder is also quite a tantalizing subject and it’s a safe way to explore the truly horrific from a safe place.

I can assure you what we have uncovered is a hell of a story, and has all the elements of a Hollywood movie blockbuster. A beautiful actress, a handsome leading man, a brooding sidekick and a moment of sickening terror with the most horrific consequences.

What was the impetus to create a podcast about the Natalie Wood case in 2018?

Imagine one of Hollywood’s leading ladies was found today washed up on a shore and the circumstance of her death was mysterious. Take Jennifer Anniston or Jennifer Lawrence for example. Consider that prospect for a moment. It would be worldwide news, and the hunt for the truth about what really happened would be voracious.

In 1981, this exact scenario confronted Hollywood. But as time has gone by, the case has stalled yet the questions remain. The death of Natalie Wood is as intriguing as ever, because the initial cause of death has been overturned from “accidental death by drowning” to “drowning and other undetermined factors.” So, we are left asking, did Natalie jump? Did she slip? Was she unconscious before going overboard? Or was she pushed? And, if so, by whom? And why? Was it potentially murder?

These are questions her family, friends, and fans want answers to, and in the true tradition of investigative journalism, we will reveal a motherlode of meticulously researched findings, including details on the rush to judgement by the original coroner and a lack of in-depth investigation from law enforcement at the time of her death.

Even if someone thinks they know the story of the case, will there be something new for them in the podcast?

This podcast will call into question everything anyone has ever read or heard about the case.

This is not a retelling of the Natalie Wood story. It is an active exploration of the case. Indeed, it is the most comprehensive investigation since she was found washed up on the Catalina coast, outside, perhaps, the Los Angeles County Sheriff’s Department new homicide investigation.

What’s more, we don’t yet have a final conclusion as we continue to investigate the case in real-time—critical episodes are still very much being constructed—and our team is uncovering new pieces of evidence as well as confronting everyone close to the case, including those who were on the boat that night. This will help the world decide what happened to the ultimate screen siren and just who was responsible for her death.

Noone really knows what happened to Natalie—after all, the coroner’s verdict has been changed—except, potentially, for the three men who were on the boat that fateful night. We will be talking exclusively to at least one of them.

This show is a production of American Media Inc. (the group behind publications including Us, Star, and the National Enquirer) and on-demand audio specialists Treefort Media. Will this be the first in a series of collaborations between the brands to make other true crime podcasts?

Undoubtedly. We are already at work. The question is just what case to feature next! Our vault is stocked full of ideas, and evidence.

Producers have long relied on the investigative reporting from all of the AMI brands as source material to create non-fiction programming. People often talk about traditional publishers’ inability to adjust and adapt to changing audiences, but AMI is leading the march.

“Fatal Voyage” directly leverages the world-class reporting of American Media publications, editors, and journalists, and has now set a new standard for authoritative programming in the podcast category.