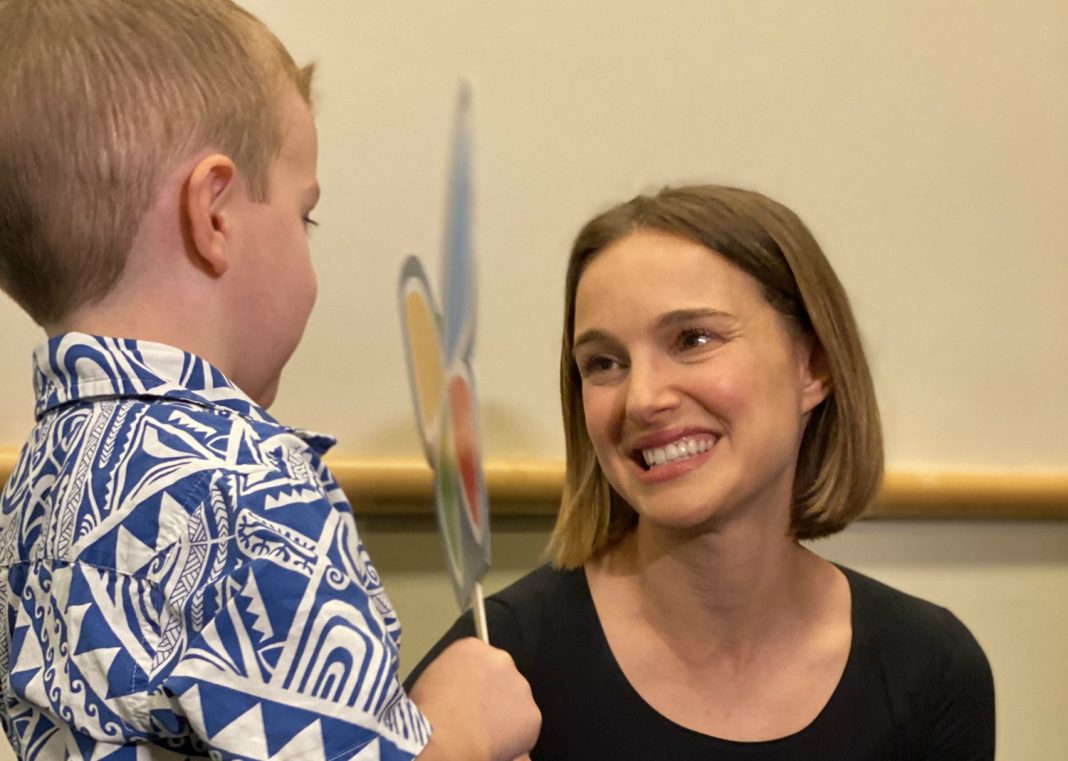 Natalie Portman has played everything from first lady to an astronaut, but for more than a decade she’s also played the role of philanthropist. Back in 2009, before she was a mom of two kids with dancer husband Benjamin Millepied, Portman began volunteering at Children’s Hospital Los Angeles, which cares for around 600,00 children a year.

This year the actress is helping the hospital promote its fifth annual Make March Matter effort, a month-long fundraising drive supported by partner businesses, with events scheduled throughout the month. Over the past five years, the program has raised $7 million; this year, the hospital is looking to raise another $2 million ($500,000 of which is coming from Panda Express).

At a press conference on Monday, CHLA introduced seven former patients, all kids who’ve benefitted from the hospital’s care, free to all under the age of 18. Portman, whose next movie is director Taika Waititi’s Thor: Love and Thunder, came in simple street clothes to gave a speech supporting the hospital administration, the kids, and their parents, and encouraging all to patronize its partners this month to support CHLA.

We sat down with the Oscar-winning actress to talk about her philanthropic work with the hospital.

When did you start working with the hospital and why?

As soon as I moved to Los Angeles, which about 2009; I started volunteering here before I had kids. It’s very close to where I live. I wanted to be involved in the community. I was single. I think because I grew up with my dad as a doctor and visiting him in various hospitals, hospitals don’t have the weight to me that they do with other people. I thought, “This is a thing where I have the ability to go in and do something positive.” I could volunteer in my time off between films. They kept it super under the radar. And I did the whole volunteer training.

What do they teach you in the training?

There’s a lot of ways you interact with kids here. You can’t exchange numbers and have a relationship outside the hospital. You don’t ask certain things – how old they are, because some kids with illnesses might look a totally different age than what they are. You don’t want to hurt their feelings. You can’t ask what they’re going through. If they volunteer the information, fine, but that’s not your job. Your job is to play with them, depending on the age. I was working mostly with teenagers so it was a lot of scrabble, video games, WeSport, that kind of stuff.

Did these kids know who you are?

Not the little ones, and even a lot of the teenagers didn’t. Some kids did. Look, it’s really hard for them to be a in a hospital for a long time. Kids like being with other kids. Sometimes they’re in isolation because of their conditions. So I was just there to provide a bit of distraction. A bit of fun, someone to talk to, even if it’s not intense talking, even if it’s just hanging out. To tell jokes together.

Did some of these kids have severe illnesses?

Of course. There’s a big range. This hospital treats everything from a broken leg to chronic conditions. Some kids are in for a few days; some kids are in for years, in and out their entire lives. That’s what’s so incredible about what this institution does for the community.

When did you get involved with its fundraising?

I’ve been part of their community since I started volunteering and going to the galas and have been taking part in Make March Matter for the past few years. And of course, now, having kids myself, I’m coming here when one or the other needs stitches! It happens regularly!

Does being a mom change your view of it?

It makes it even more unimaginable, having a kid here with a really serious issue; it makes it even more pressing to be involved. It’s so incredible that they’re serving every person who comes in the door and needs help—they’re never asked about their financial ability.

RELATED: Natalie Portman Has a Message to the Academy Hidden in Her Cape