Home News & Politics Speaker Nancy Pelosi Calls Trump as an ‘Accessory’ to the Crimes of... 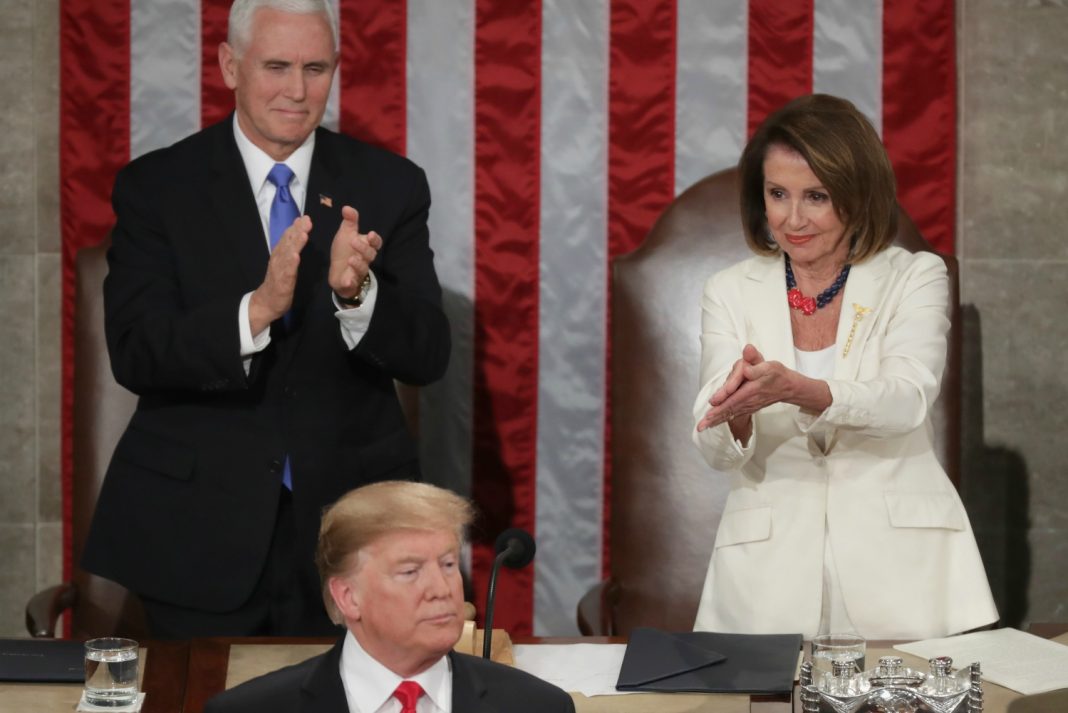 If Donald Trump is planning to rest easy in Florida now that his presidential adventure has come to an end, Nancy Pelosi has given something to ponder between rounds of golf.

In an interview with MSNBC’s Joy Reid Tuesday, the House Speaker said Trump is to blame for the January 6 attack on the U.S. Capitol that left five dead, and implied that the former president should face charges of accessory to murder for inciting his mob to riot.

Referring to his “Save America” speech—in which Trump promised to march with the crowd and warned them, “We fight like Hell and if you don’t fight like Hell, you’re not going to have a country anymore.”—shortly before the attack, Pelosi said, “Presidents’ words are important. They weigh a ton. And they used his words to come here.”

She continued, “And the crime, in some cases, was murder. And this president is an accessory to that crime because he instigated that insurrection that caused those deaths and this destruction.”

Pelosi also expressed optimism that the U.S. will recover from the outgoing administration.

Summing up four years of Trump, Pelosi told Reid, “Let’s not think about him. Let’s just think about what the future will hold.” However, Pelosi quickly added, “We must hold him accountable because no one is above the law and this President engaged in incitement, insurrection, and that’s why we impeached him.”

Indeed, Trump made history last week when ten Republicans joined House Democrats in a vote to impeach him on a charge of incitement of insurrection, making him the first President ever to be doubly disgraced by two impeachments.

Pelosi has not yet sent the article of impeachment to the Senate to try Trump, but promised it would happen “soon.”

And while Trump might never be convicted, some of his onetime pals in the Senate are finally practicing at least one form of distancing, with Mitch McConnell using his final moments as Majority Leader Tuesday evening to tell his colleagues, “The mob was fed lies. They were provoked by the president and other powerful people. And they tried to use fear and violence to stop a specific proceeding of the first branch of the federal government which they did not like. But we pressed on.”

Asked what Trump’s departure from office will mean for the nation, Pelosi said, “It will mean a complete breath of fresh air for the country, for democracy, for America, for our future.”

Pelosi Calls Out Hypocrisy of Archbishop Who Denied Her Communion