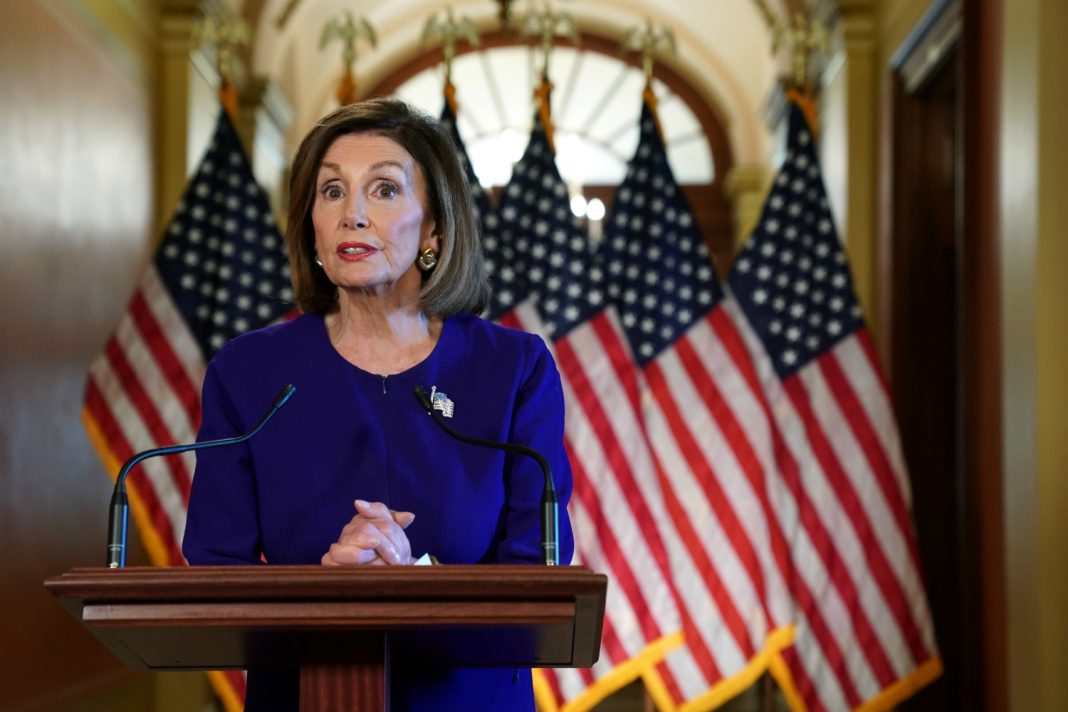 Speaking live from the Capitol, the California Democrat said, “On Thursday, the inspector general testified before the House Intelligence Committee, stating that the acting Director of National Intelligence blocked him from disclosing the whistleblower complaint. This is a violation of law. The law is unequivocal.”

She added that Trump’s actions have “seriously violated” the Constitution, and issued a reminder that no one is above the law.

Tune in as I speak live from the U.S. Capitol. https://t.co/j6UMq4TC5u

The reversal comes after a whistleblower accused Trump of threatening to withhold military aid to Ukraine during a July phone call with Ukrainian president Volodymyr Zelensky unless Zelensky ordered an investigation into the business dealings of Joe Biden and his son, Hunter Biden.

The tipping point for Pelosi may have come when Trump admitted Sunday that he had, in fact, discussed the Bidens with the Ukrainian leader.

“The president is making lawlessness a virtue in our country,” Pelosi said at a Tuesday afternoon event at The Atlantic. “We don’t ask foreign governments to help us in our elections. That’s what we tried to stop with Russia. It’s wrong.”

While still admitting no wrongdoing, Trump folded today, saying he would release the full, unredacted transcript of the summer call tomorrow.

“I am currently at the United Nations representing our Country, but have authorized the release tomorrow of the complete, fully declassified and unredacted transcript of my phone conversation with President Zelensky of Ukraine,” Trump tweeted this afternoon.

“You will see it was a very friendly and totally appropriate call. No pressure and, unlike Joe Biden and his son, NO quid pro quo! This is nothing more than a continuation of the Greatest and most Destructive Witch Hunt of all time!”

Currently, pro-impeachment Reps are believed to have 179 of the 218 votes needed to impeach Trump in the House. Several Democratic candidates for president have tweeted in support of launching impeachment proceedings, including Kamala Harris, Elizabeth Warren, and Julian Castro.

I called for impeachment five months ago, the day after the Mueller report came out. Trump continues to commit crimes because he believes he’s above the law. If Congress does nothing to respond, he’ll be right.