Home Urban Development My Dream L.A. Is on the Horizon 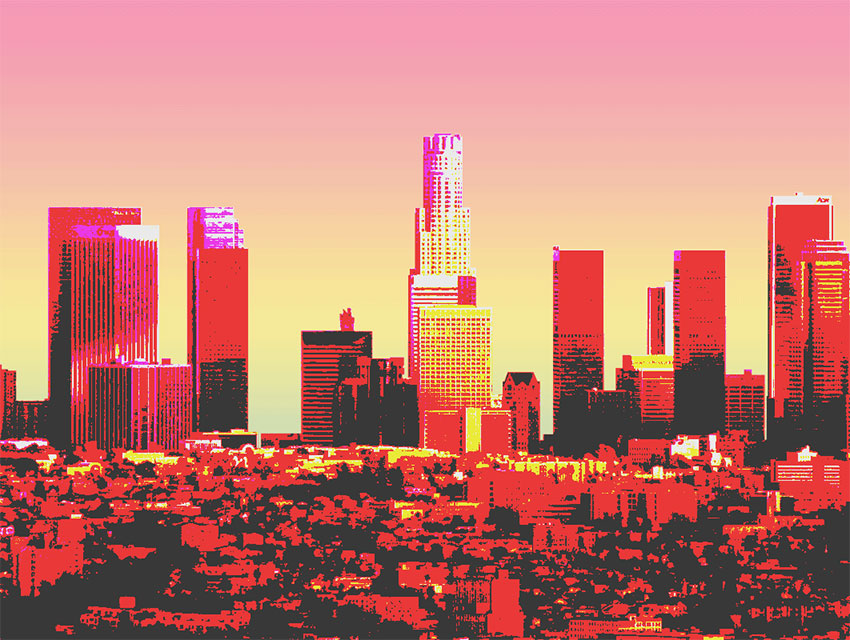 I always wanted to move to Los Angeles, perhaps because of the movie Clueless (LA teens seemed so adult!) and perhaps because I grew up an army brat, which often meant living in remote parts of the country where life felt overly serious. From afar, Southern California seemed glitzy and fun, carefree and warm. I wanted that. By the time I was 12 I had decided it was the only city for me and vowed to move west as soon as possible.

That move happened in 2008, immediately after I graduated from college. For months, I was the alum from my class living in Los Angeles. Other friends eventually followed, then left. The adage was, If you can make it a year in L.A., you might survive two. If you can make it for two, you’ll survive 20. Today it seems easier than ever to settle in.

I see a lot of myself in the city. I’ve grown since I arrived at the beginning of my adulthood, and L.A. has done the same, shifting from a teetering teenage metropolis into a commanding young adult city that people across the U.S. take seriously. Gone are the plastic surgery jokes (they moved to Miami.), gone are the smog jabs (they’ve gone overseas.). We still have our fair share of issues (extreme water worries are nothing to sneeze at) but an amusing flow of praise from the New York Times, too.

How will we—the city and I—continue to evolve? We’ll look different in the future. I recently dyed my hair blonde but, like grass left to wither in the drought, my locks will grow out and return to their normal hue eventually. By the time I go grey or bald, I hope L.A. will boast grassless lawns. I won’t get any taller—the powers of puberty abandoned me, sadly, at 5’10” —but the city is in a growth spurt. It’s already a lot taller! I’d like to think that I will maintain a lean physique. L.A. surely will not. By all accounts the population is fanning out in all directions.

Will the Angelenos of today enjoy the future of L.A.? If we practice new behaviors and take advantage of the transportation advances in the works then I think we will. A train to the ocean is coming in the next year or so. Trollies could have a post-centennial revival. In the future people will have every reason to be more comfortable riding buses and bikes, and we’ll have lanes for both. I think ridesharing will eclipse taxis, and that a fleet of drones will join the omnipresent helicopters that hover above L.A. Thankfully, the flying cameras won’t belong to the paparazzi.

I can imagine our local lifestyle changing, too. We already have Dunkin’ Donuts, the Ace, Chick-Fil-A, a handful of Uniqlos—non-native amenities once gloated over by outsiders. We’re getting an Alamo Drafthouse and an Eataly soon. Will Los Angeles come to deserve the Silicon Valley treatment as Hollywood and the tech industry continue to merge? Yeah, it probably will. For those who seeking respite (and lower prices), there will always be the quiet of the desert, our Silver Lake away from Silver Lake.

I have wondered if Los Angeles will still be my Los Angeles after all these changes. Will it morph into another city altogether? Will I end up being like the lifelong New Yorkers I know who evacuated the city they once loved after some perceived intolerable change? I don’t think so. That same energy that drew me west is what is propelling the city forward. This is Los Angeles’ way, to grow with a casual sophistication that’s easy to mistake for aimless floating. This city knows what it’s doing. It just doesn’t always act like it on purpose.

What’s Your Sign? Zodiac Bar Looks to the Stars for Cocktail Inspiration