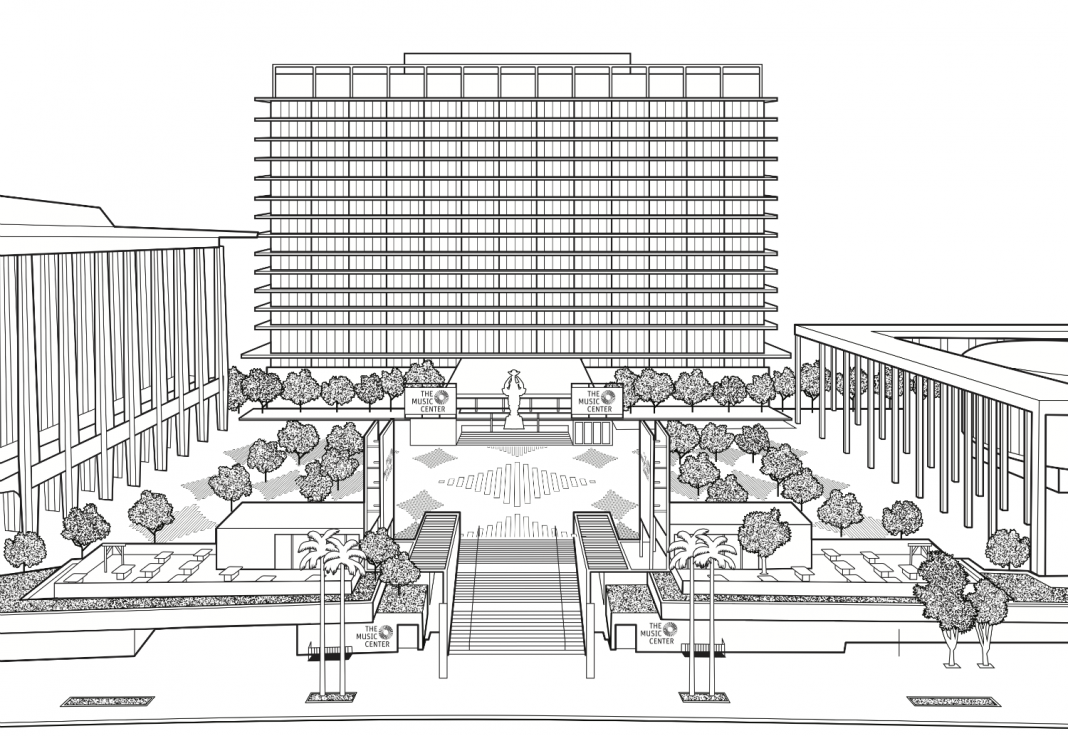 Since the mid-1960s the Los Angeles Music Center has been a temple of high culture downtown. Its three original buildings (the Dorothy Chandler Pavilion, the Ahmanson Theatre, and the Mark Taper Forum) embody the New Formalism of the time, and they, like the sunken plaza they surround, were all about exclusivity. “Temples were always raised up above the ground,” says architect Bob Hale. “It’s a space that’s theoretically more sacred, but I think that kind of metaphor is not so meaningful anymore.”

Next fall will see the debut of a central plaza that he and his firm, Rios Clementi Hale Studios, are revamping to the tune of $40 million. The money—much of it from the county supervisors with about $10 million from the Music Center—is going toward new restaurants, a bar, technology, and, ultimately, making the space more inviting to the masses. As Hale says, the project is “working to take a little of the heat of that formalism.”

To do that, the architects are filling in the three-foot-deep depression that runs the length of the space while also removing visual barriers like trees, granite donor panels, and planter boxes. (Robert Graham’s and Jacques Lipchitz’s sculptures have been relocated.) There’ll be escalators flanking an elegant staircase leading to Grand Avenue, a welcome center, and “media hydrants” with fiber-optic lines that producers can use to run lighting and other effects for productions on the plaza. The space will also connect better to Grand Park.

“The new plaza is a physical manifestation of the Music Center’s commitment to access and inclusion,” says Rachel Moore, the center’s president and CEO. By the time it’s done, the plaza will hold 5,000 people and be a full-fledged performance venue of its own. Bravo.

RELATED: Why an Artist in a Skin-Tight Suit Is Posing on L.A.’s Public Sculptures