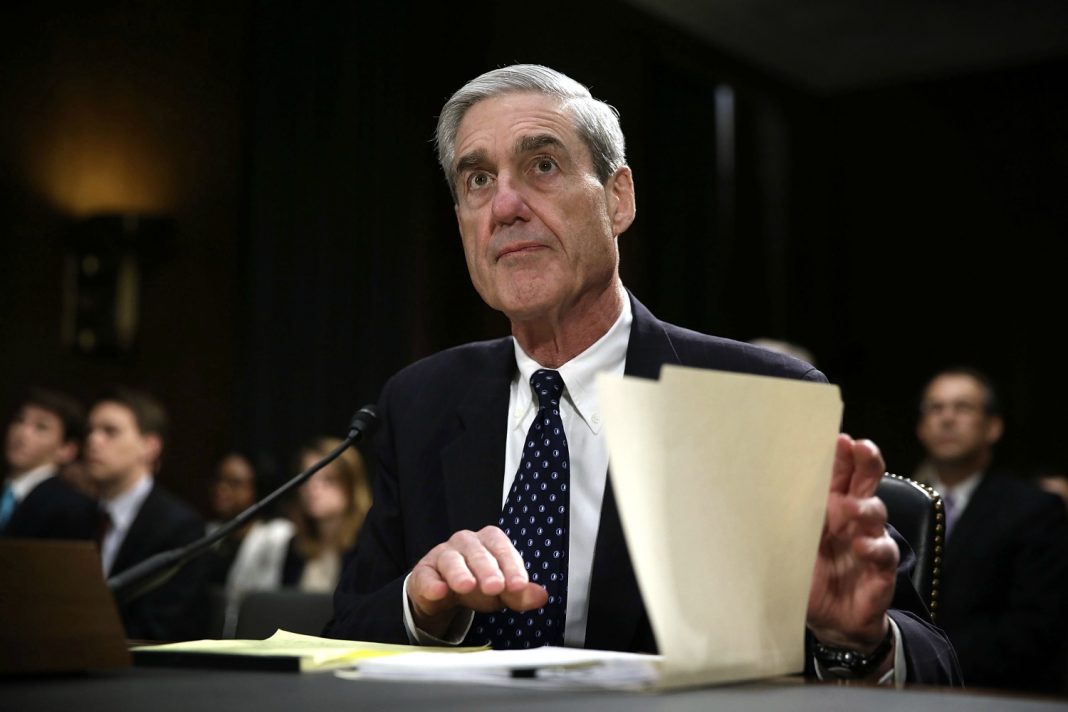 The release of Robert Mueller’s report is shaping up to be an event on par with the final season of Game of Thrones—but, more like a Beyoncé album, we don’t actually know when it’ll drop. Still, that hasn’t stopped book sellers from taking pre-orders for different versions of the same report.

For the thrifty politico who knows that crime doesn’t pay (so why should they), Amazon is accepting pre-orders for The Mueller Report: The Final Report of the Special Counsel into Donald Trump, Russia, and Collusion (paperback $12.99). The thicc tome, which they’ve somehow determined will be 960 pages, comes with an introduction by lawyer Alan Dershowitz, an outspoken critic of the special counsel’s investigation, and lists the Department of Justice as its author.

The publisher, Skyhorse Books, already has promotional copy ready for its release. “Read the results of the most important political investigation since Watergate,” it says.

“We know that making the Mueller Report instantly available will be both a public service and good business,” Skyhorse president Tony Lyons told Publishers Weekly.

But for the diehard fans who need the bells and whistles, the Washington Post has teamed up with Scribner, an imprint of Simon and Schuster, for a special edition Mueller Report that includes commentary from the Post’s Pulitzer Prize-winning journalists. Along with this, “the book will also include the Special Counsel’s most pertinent filings (including criminal indictments), a timeline of significant events, and a cast of the investigation’s key figures,” according to a press release.

The Post takes a more minimalistic, coffee table book-approach with their title: just, The Mueller Report. It will be offered in both e-book and paperback editions. And for a premium product, you pay a premium price: $15.00.

In an indication of the sheer uncertainty surrounding the whole matter, even the press release can’t really say what the book is about.

“[T]he Mueller report may focus on Russian interference in the 2016 presidential election, President Donald Trump and his presidential campaign and could draw on the testimony of dozens of witnesses and the work of some of the country’s most seasoned prosecutors,” it reads, hewing entirely to the conditional tense.

While journalists and politicians lose sleep trying to find out when Mueller will complete the report, both books list March 26 as their publication date. This has excited the umbrage of at least one commentator, writing professor and “#Resistance” member Seth Abramson, who views the release date as further evidence of a “scam.”

Is this a joke? A fraud? It falsely lists the Mueller Report as being available to the public on March 26, and falsely represents that we know now—which we don't—whether any of the report will be public. I'm surprised Amazon is allowing this obvious scam. https://t.co/07R5AgqYLY pic.twitter.com/c0tEBs3aaB

RELATED: Trump Advisor Stephen Miller Has Always Been This Way