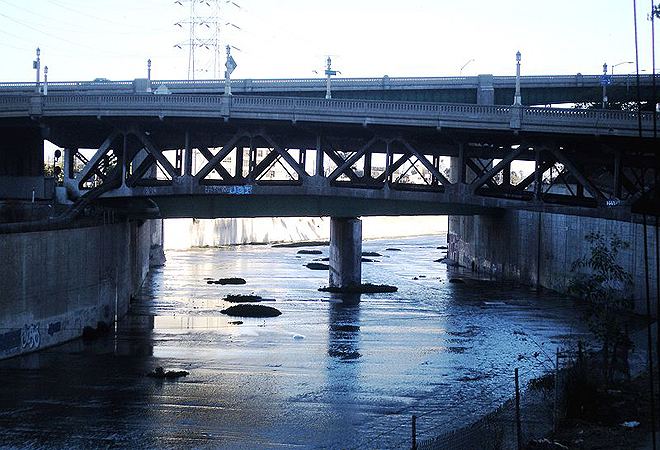 In what was his inaugural trip to D.C. since taking office, Eric Garcetti went to bat for our city, hoping to procure funds for the L.A. River Alternative 20 plan as well as subway and light rail projects (from President Obama himself, no less). “We’re at a key moment in our efforts to restore the L.A. River, and I am making it clear to Washington that L.A. deserves Alternative 20,” Garcetti said in a statement. “And I will push for the federal funding necessary to expand our transit system to cut traffic.”

According to mayoral spokeswoman Vicki Curry, the president personally greeted Garcetti before meeting with both him and Transportation Secretary Anthony Foxx to discuss L.A.’s mass transit needs (think expanding the commuter rail network so that Angelenos might be able to get to the airport taxi/car/Flyaway shuttle-free).

In regards to the L.A. River initiative, Garcetti had a political pow-wow with White House Senior Advisor Valerie Jarrett, deputy assistant to the president David Agnew, and Environmental Protection Agency Administrator Gina McCarthy to discuss a comprehensive (and expensive) overhaul of the area. The $1 billion proposal aims to fully restore the river’s ecosystems, connecting its surroundings to Elysian Park and the Santa Monica and Verdugo mountains.

Always gracious, Garcetti penned a quick note of thanks to Obama, Jarrett, and Agnew on Twitter. Let’s hope the president finds it charming enough to send some dough our way.

Great to visit with @BarackObama at the White House today. Thanks to Valerie Jarrett @vj44 and @DavidAgnew44 for your hospitality.