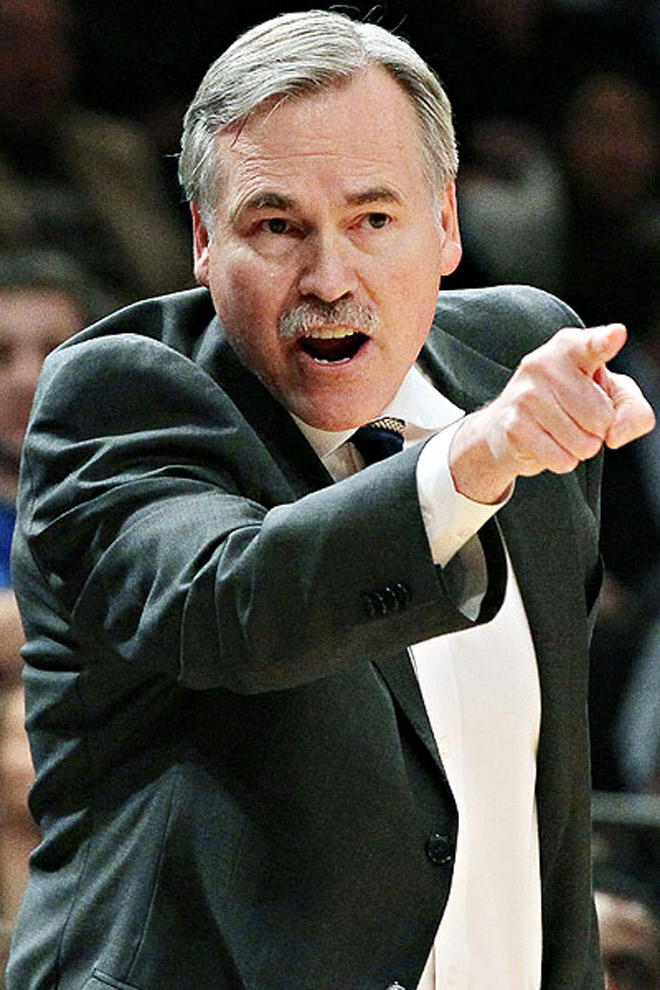 Within the span of 72 hours, the Lakers divorced Mike Brown, rebounded with old flame Phil Jackson, and settled down with new coach Mike D’Antoni. What are we to think about all this promiscuous hoopla? Opinions may vary and confusion may linger, but one thing is certain: D’Antoni’s job description is clearer than Jack Nicholson’s passion for the team: Bring a 17th NBA Championship to Staples Center, and this year would be nice.

So who is D’Antoni, exactly? And what does the sports world make of his sudden hiring? Here is a quick dossier on the man who just yesterday became the despised stepfather of all Phil Jackson fans:

D’Antoni won the Coach of The Year Award in 2005 following his first full season with the Phoenix Suns.

He is famous for implementing an up-tempo offense built upon players shooting within 7 seconds or less.

A Selection of What People Who Think About the Lakers Think About D’Antoni’s Hiring:
“He’s never taken a team to an NBA Finals. He has a losing record in the playoffs. He doesn’t coach defense. His sprinting offense will be tested on a team led by aging guys who no longer sprint. And, oh yeah, he’s not Phil Jackson.” – Bill Plaschke, L.A. Times

“Buyer beware: in retrospect, D’Antoni did not play that well with flammable personnel matches in the pressure-cooker of New York.” – Harvey Araton, N.Y. Times

“The Lakers made out again. And in six months this early season intrigue will probably feel like it took place six years ago.” – Kelly Dwyer, YahooSports.com