» Los Angeles County will open up vaccine eligibility to some additional essential workers, including teachers, on March 1. Grocery store staff, child-care providers, and other key people will be included in the group, expected to add around 1.3 million people to the number currently eligible in the county.  [Los Angeles Times]

» Public schools may soon be allowed to reopen, but LAUSD teachers don’t think it is safe yet. United Teachers Los Angeles proposes waiting until the county fully exits the state’s ‘purple tier,’ which indicates widespread COVID-19, a lower community transmission rate, for schools to have “strict multi-layered mitigation strategies in place,” and for all staff to have access to vaccinations before sending educators back to campus.   [LAist]

» Case numbers and deaths from Multisystem Inflammatory Syndrome in Children, a COVID-linked ailment that impacts children and teenagers, are spiking. Nearly 70 percent of the children diagnosed with MIS-C nationwide are Black and/or Latino.  [The New York Times]

» Legislation before the California State Assembly could change how Amazon and other big retailers manage warehouse workers. The bill was introduced by Assemblymember Lorena Gonzales, known for her work on AB-5 and other high-profile labor policies. [Vice]

» L.A.’s Board of Education has announced an overhaul of the school police program, including cutting a third of the officers and banning the use of pepper spray on students. The funds saved will be reallotted to programs designed to encourage educational equity for Black students.  [Los Angeles Times]

» When a New Provisions Shop in Atwater Village Needed to Stock Its Shelves, It Looked to Local Restaurants Wine + Eggs brings dinner necessities and local love to the neighborhood 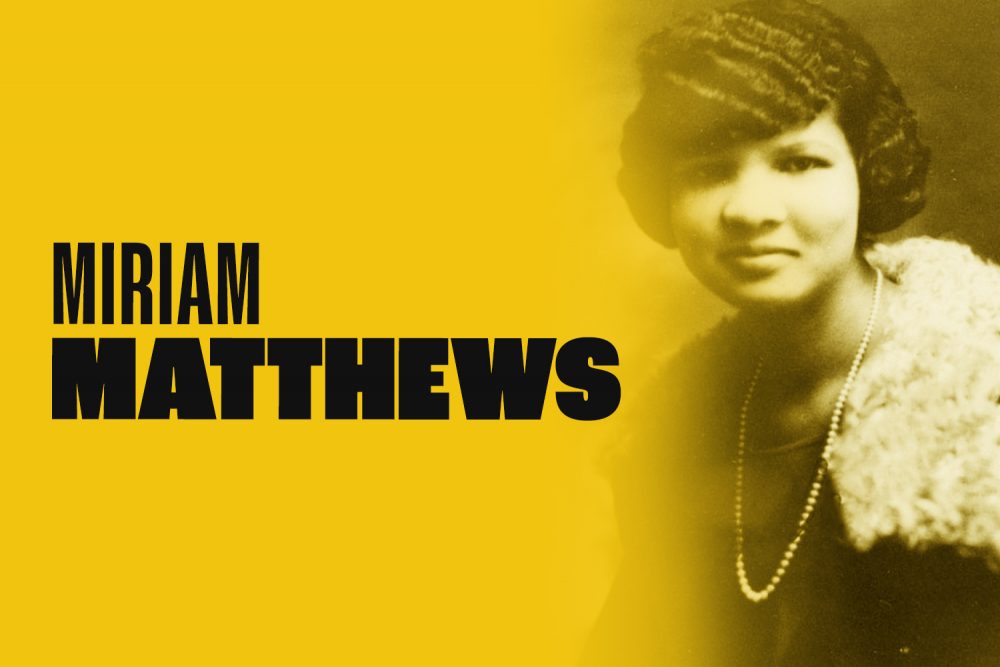 Born in Florida, Miriam Matthews (1905-2003) moved to Los Angeles with her family when she was just a toddler. After graduating from UC Berkeley, Matthews received her librarian’s certificate in 1927. Although racist officials attempted to keep her from taking the civil service exam, she passed, and was hired by the Los Angeles Public Library in 1927, making her the first certified Black librarian in California. In 1929, she began lobbying for a local Negro History Week, which L.A. implemented in 1931. Matthews also became an early chronicler of Black history in California, starting an important archival collection which exists to this day. After her retirement in 1960, Matthews became a major Black art collector and served on countless committees, including the California Heritage Preservation Commission.

“I greatly appreciate,” she once said, “having learned early in life to stand on my own two feet, to form my own opinions, to stick by my principles, and to speak up for what I thought was right.”