» Incomplete, slow, and inaccurate data tracking vaccine distribution in California remains a problem. That not only means we don’t fully know where doses have gone, it could mean that future allocation is based on faulty conclusions about need.  [Los Angeles Times]

» Chris Harrison, longtime host of the Bachelor reality show franchise, has stepped down following controversial statements. He appeared to be dismissive of people uncomfortable with a contestant’s attendance at an antebellum plantation-themed party, and accused his critics of being the “woke police.”  [ABC Los Angeles]

» A tentative deal between the city of L.A. and the police union, intended to cut costs amid a city budget crunch, would guarantee $245 million in overtime pay for officers. The deal has brought light on a practice known as “overtime banking,” in which police officers accumulate overtime hours, but wait to be paid out for them for years, often until they are at a higher pay level. [Los Angeles Times]

» A group of 220 soldiers from Fort Carson in Colorado have been deployed to L.A. to staff a FEMA-run vaccination center. The site will be located at Cal State L.A.  [KRDO]

» Donald Trump’s second impeachment ended in acquittal on Saturday. A handful of Republicans voted to convict, but not enough to tip the balance.  [Washington Post]

» Here’s What the Pandemic Has Really Done to L.A.’s Economy A new report details how the pandemic has impacted the region–and who has been hurt the most

» How a Brilliant L.A. Tailor Made the Weeknd’s Super Bowl Halftime Jacket a Perfect Fit From his East Hollywood storefront, David Viato has perfected outfits for everyone from Kobe to Nipsey. But the Weeknd’s Givenchy jacket was his biggest challenge yet 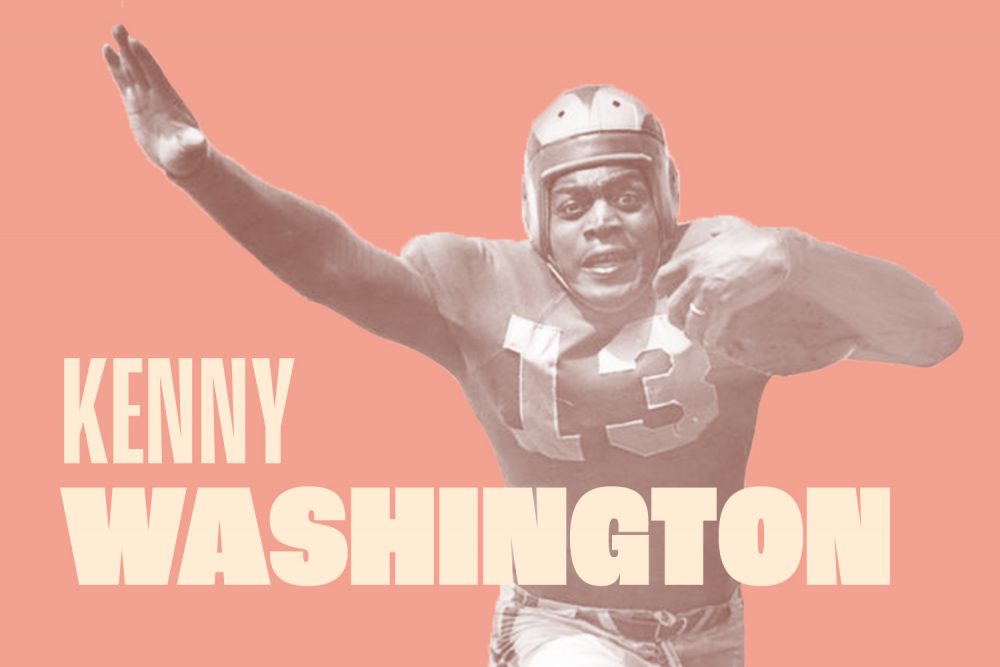 Born in Los Angeles, Kenny Washington (1918-1971) was an all-star athlete at Lincoln High, where he led both the baseball and football teams to city championships. Nicknamed “Kingfish,” his star continued to rise as a running back at UCLA (where he also played baseball with Jackie Robinson). In 1939, he was number one in total yards in the nation and was lauded in a 1940 edition of Time as “the most brilliant player in the U.S.”

Due to the NFL’s unofficial segregation, Washington was undrafted upon graduation. He became a police officer and played in small football leagues. In 1946, the L.A. Ram’s signed Washington, making him the first Black man to have a contract with the NFL in the modern era. He led the NFL in yards per carry in his second year. But his career was cut short by chronic knee injuries, and he retired in 1948. At his last game, 80,000 fans in the L.A. Coliseum gave him a standing ovation.