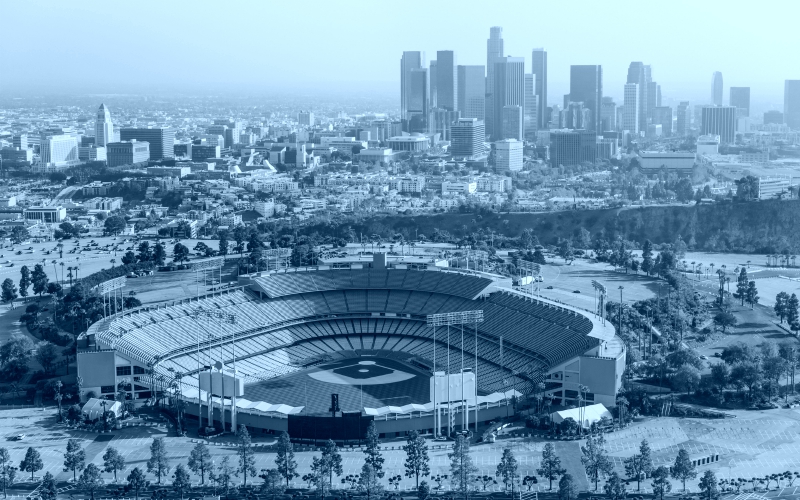 » Five vaccine sites operated by the City of Los Angeles, including Dodger Stadium, will shut down for two days due to short supply of doses. The city is set to run out of first-dose supplies on Thursday. In a briefing, Mayor Garcetti said he was “very concerned right now” due to a vaccine supply that is “uneven, unpredictable, and, too often, inequitable.”  [CBS Los Angeles]

» The L.A. Sheriff’s Department wanted to build a helipad on SoCal Gas-owned land near the home of Sheriff Villanueva. The utility rejected the request, but construction started anyway. Lawyers for the gas company demanded the county stop construction and see what environmental impact grading an area previously used for gas storage may have caused. [Los Angeles Times]

» Republicans may attempt to derail Xavier Becerra’s confirmation as Secretary of Health and Human Services. Insiders say that, of all of Joe Biden’s nominees, Becerra is the one they are most focused on blocking.  [Los Angeles Times]

» The Mayor’s Fund of Los Angeles has raked in a record-setting $66 million in donations during the pandemic. The funds have been been spent on providing food, emergency childcare, and other essential needs for vulnerable people in the city.  [CBS Los Angeles]

» The former Los Angeles Times building in DTLA could become high rise apartment towers. The City Council has approved a plan to redevelop the plot at what was formerly known as Times Mirror Square.  [KTLA]

» Add These New Pizza Joints to Your Takeout Rotation We know you’re loyal to your neighborhood pizzeria, but these new spots are worth a try

» Winter Getaway in Big Bear? Officials Say to Be COVID Cautious New cases of the more contagious U.K. coronavirus strain have been found in the quiet mountain town

Originally from Nashville, Betty Hill (1882-1960), known as “the mother of political leaders,” moved to Los Angeles with her husband, Army Sgt. Abraham Huston Hill, in 1913. Hill immediately threw herself into activism and politics, and became a founding member of the both the L.A. NAACP, the L.A. Urban League, and the politically influential Republican Women’s Study Club. Over the decades, she worked tirelessly to protect Black property owners’ rights, organizing the powerful Westside Property Owners Association. In 1931, she also successfully pushed for the integration of L.A.’s public pools, which NAACP leader H. Claude Hudson called “one of the greatest victories in the history of the progress of the Race.”

Hill became a powerful political operator in California—she was both the first Black woman in the United States to run a major political campaign and the first Black female delegate from west of the Mississippi at the 1940 Republican National Convention. “No history of political life in California can be written without a chapter or two devoted to her,” the L.A. Sentinel wrote when Hill died in 1960. “Through her efforts…she is credited with accomplishing more to help elevate the Negro in the Southland than any other woman.”