» The White House announced today that the Port of Los Angeles will begin 24/7 operations to clear bottlenecks that have slowed the supply chain. The current backlog has made it harder for Americans to get electronics, cars, lumber, and other consumer goods that rely on overseas manufacturing. [Los Angeles Times]

» A recording reveals that the pilot of a twin-engine plane that crashed into a San Diego County community on Monday received several urgent warnings from air traffic control that the plane was flying too low. At least two people were killed in the crash, including the pilot and a UPS driver, while an elderly couple suffered burns after their house went up in flames. [KTLA]

» Just when you thought you wouldn’t have to hear the word recall again, advocates in West Los Angeles have launched a recall campaign against  Councilman Mike Bonin less than a year before his term ends. Recall supporters announced in September that they collected more than half of the roughly 27,000 signatures they need to bring a special election to voters. [Spectrum 1 News]

» Americans quit their jobs in droves during the month of August, according to a new report by the Labor Department. Officials said that resignations were up to 4.3 million, the highest on record since December 2000 and up from 4 million in July. [KTLA]

» Rapper Tyga was arrested and booked in connection with a domestic violence incident on Tuesday morning in Los Angeles. The day before, the 31-year-old musician’s ex-girlfriend, Camryn Swanson, shared photos of the alleged abuse on Instagram saying, “I’ve been emotionally, mentally, and physically abused and I’m not hiding it anymore.” [People]

» Nearly all of Kaiser Permanente’s nurses and healthcare workers—more than 96 percent—have voted to authorize a strike, which could be the largest demonstration in the nation so far this year. Employees say they are understaffed and facing a new pay system at Kaiser’s Southern California hospitals and clinics, which would slash the wages of new nurses and healthcare workers. [CBS Los Angeles]

» Could Los Angeles Play Los Angeles in the Los Angeles Super Bowl? Early season successes for both the Rams and Chargers present the possibility of an unprecedented championship game 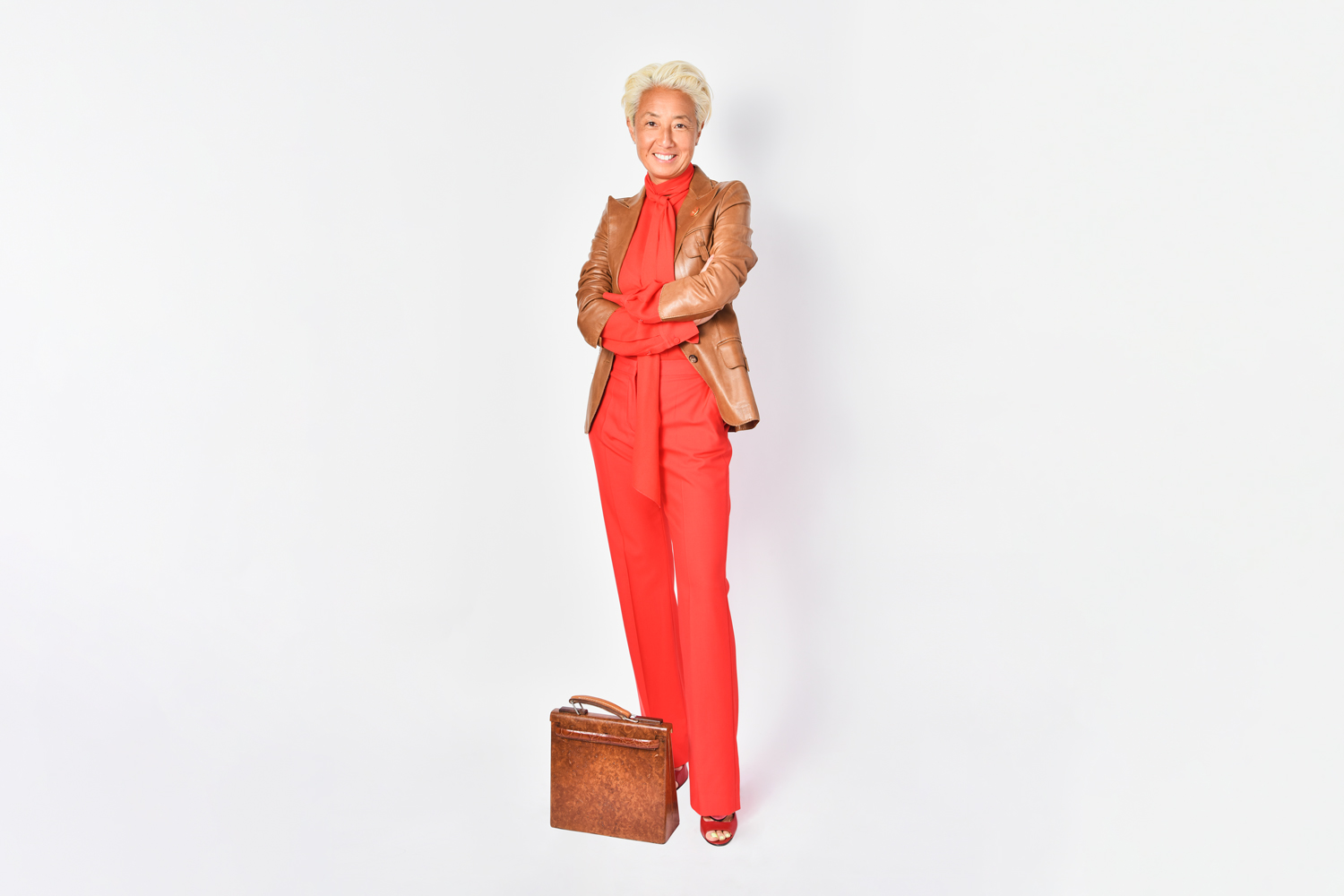 How I Got This Look: Hospitality Maven Patti Röckenwagner Dissects Her Colorful Style

For two decades, Patti Röckenwagner worked in corporate communications at companies like Paramount and Condé Nast. Such jobs required a muted wardrobe. But working in restaurants has allowed her to break away from the neutrals.

“I love color,” says Röckenwagner, 52, who co-owns the Röckenwagner Bakery Group and the retro steakhouse Dear John’s. “I spent 20 years in boardrooms where I wore the black, the navy, the gray, the beige.”