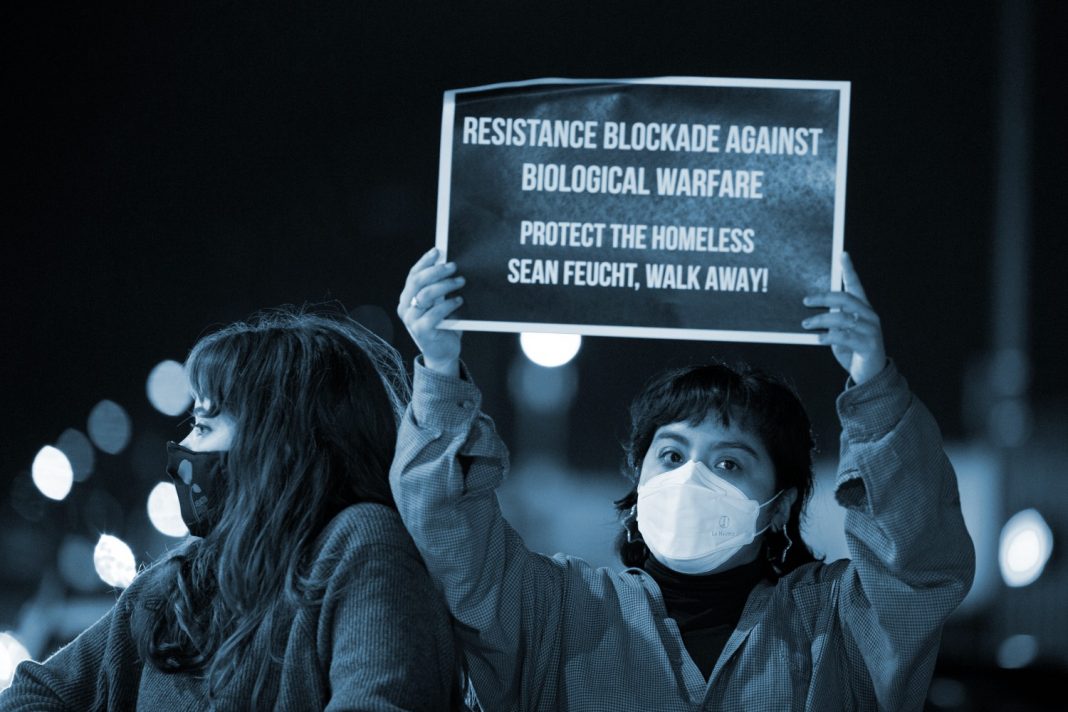 » The L.A. City Council is calling for tougher enforcement of the city’s mask mandate. Going without a mask can, technically, result in a $1,000 fine or six months in jail, but so far the rule has rarely been enforced.  [Los Angeles Times]

» A vacant building near the Venice boardwalk burned on Wednesday. The structure was consumed by a large fire that started in the morning and sent thick smoke drifting over the area. [NBC Los Angeles]

» Walmart is temporarily closing three more stores for sanitization in connection with COVID-19 cases. The chain has had workplace outbreaks at several locations throughout the region. [CBS Los Angeles]

» Some studios are resuming film production in L.A. CBS, Netflix, and ABC are all said to have shows that have gone back to work, despite the surge.  [Hollywood Reporter]

» The Santa Monica Pier will now close on weekends, including for the upcoming Martin Luther King day holiday. The closure is an effort to discourage crowds gathering and spreading disease. [Los Angeles Times]

» A Whittier City Councilmember’s Presence in D.C. Last Week Angers Constituents Thousands have signed a petition for Jessica Martinez to be removed from office

The Best Bev for Our Anxiety Addled Times? A Good Cup of Tea

Sipping tea is a healthier alternative, and the eighteenth-century ritual known as gong fu cha lends ceremony to the practice. It’s traditionally a complicated, 21-step affair, but newer companies like Steep L.A. and Three Gems Tea are simplifying and modernizing the process for a younger generation.